New Delhi: A joint team of CBI and ED is in London for the extradition hearing on Monday in a London court of liquor baron Vijay Mallya, wanted in India over non-payment of huge bank loans and a case of fraud and money laundering, an official said.

The CBI-ED team will assist their lawyers for securing Mallya's extradition -- the second extradition from the UK after signing an extradition treaty with the country 25 years ago.

The extradition heading is to being later on Monday in a Westminster Magistrates Court. 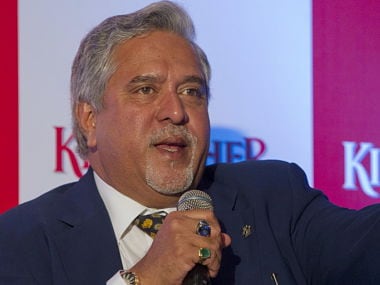 Indian agencies told IANS they are confident of putting up solid evidence against Mallya and he should get extradited.

According to sources, Mark Summers from Crown Prosecution Service (CPS) will lead India's charge for the prosecution while Clare Montgomery will lead Mallya's defence.

A CBI official said they have submitted a 2,000 page dossier on Mallya, detailing how he cheated Indian public sector banks and diverted the loans taken for Kingfisher Airlines over the years.

Additional documentary evidence was also submitted in the Westminster Court recently, he added.

There are serious charges of financial irregularities against Mallya amounting Rs 9,000 crore.

Samirbhai Vinubhai Patel was the first to be extradited from Britain to India in late 2016. He was wanted in connection with the 2002 post-Godhra riots in Gujarat.

Mallya was rearrested on October 3 by police in London in connection with a fraud and money laundering case filed by the Enforcement Directorate (ED), and was released on bail by a London court soon after.