Vedanta to buy 90% of Electrosteel: IBC is a big winner for ailing banks but the judiciary can still spoil party

Yet another bit of encouraging news, for India’s ailing banking sector, surfaced when Anil Agarwal-promoted Vedanta Ltd said it has assumed control of distressed Electrosteel Steels Ltd (ESL) under a resolution plan following the order of the National Company Law Appellate Tribunal (NCLAT).

This is the second major case of successful NPA resolution under the Insolvency and Bankruptcy Code (IBC). For a 90 percent stake, Vedanta has paid Rs 5,320 crore.

The first resolution under the IBC was Tata Steel’s wholly-owned subsidiary Bamnipal Steel Ltd (BNPL) announcing the completion of its acquisition of stressed Bhushan Steel. This was among the first lot of 12 companies that the Reserve Bank of India (RBI) had pushed to the NCLAT for bankruptcy proceedings last year. Here, the deal size was Rs 35,200 crore, which immediately covered most of the principal amount Bhushan Steel owes its lenders, besides a 12 percent stake in the company. The cash payment immediately eased the burden on a group of banks including fraud-hit Punjab National Bank (PNB). 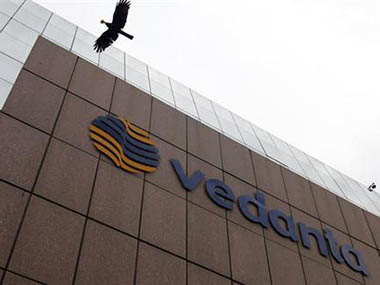 In both cases, the message to the ailing banks here is that not all is lost in the NPA game. There is a bigger possibility of time bound resolution now even in cases where banks thought all has been lost. This is crucial for the sector that is sitting on gross NPAs worth Rs 9 lakh crore. Remember, Rs 9 lakh crore is a conservative figure. According to former RBI deputy governor K C Chakrabarty, the total chunk of all problematic loans in the banking system would be around Rs 20 lakh crore.

In the first round, the RBI referred 12 cases to the IBC totalling about 25 percent of the gross NPAs in the banking system. According to banking industry sources, 28 more accounts were referred to the IBC. In most of these cases, the process is underway.

The central bank's all-out war against NPAs began in January 2014 when it put out rules for the early recognition of stressed assets in the banking system and their punitive provisioning. Till then, public sector banks (PSBs), which account for 70 percent of our banking system and almost 90 percent of all bank NPAs, were happily ever-greening bad loans of influential, politically connected promoters via technical adjustments. The infamous corporate-political nexus worked in full swing.

Up until now, banks’ loan recovery record has been extremely poor. To understand the gravity of the situation, one must look at the State Bank of India (SBI)’s track record. In financial year 2015 alone, the SBI wrote-off loans worth Rs 23,973 crore while it recovered just Rs 317 crore. In the following fiscal year, it wrote off Rs 19,944 crore, whereas it recovered Rs 3,093 crore from loans that were written off. In FY17, the SBI wrote off loans worth Rs 27,574 crore and recovered Rs 3,765 crore. In the subsequent fiscal year till December 2017, it wrote off Rs 31, 096 crore and recovered a mere Rs 3,221 crore.

To be more specific, over a roughly three-and-a-half year period -- from when Narendra Modi took charge as Prime Minister in mid-2014 to the end-December 2017 -- India’s public sector banks (PSBs) have written-off loans worth Rs 2,72,558 crore. Of that amount, a meagre Rs 29,343 crore has been recovered, according to data available with the central bank.

In this backdrop, the IBC appeared as the proverbial silver lining to a very dark cloud.

However, the judiciary can still spoil the party. Recently, the Allahabad High Court (HC) ruled that a power company can’t be taken to the bankruptcy court for not repaying loans unless it has been declared a wilful defaulter. This is despite the RBI clearly telling banks that all NPAs where resolution is not achieved within 180 days needs to be taken into bankruptcy proceedings.

The Allahabad HC's ruling poses a real danger to the success of the IBC. In the future, other industries too can lobby and drag banks to court rooms to block bankruptcy proceedings.

In the interest of the banking sector, the judiciary would do well to stay out of bankruptcy proceedings, critical for the survival of the NPA-ridden Indian banking sector.

(Part of this piece has appeared on Firstpost earlier)