Vaccine is no shot in the arm yet for emerging markets

By Tom Arnold LONDON (Reuters) - Emerging markets have surged on the prospect that coronavirus vaccines will become widely available soon, but analysts think the rally is overplayed given the risks from slower rollouts for some economies that could delay their recoveries. Several vaccines are now close to fruition, including at least two produced in emerging markets Russia and China, but budgetary constraints in paying for them and challenges in storage and distribution cloud the outlook for many economies 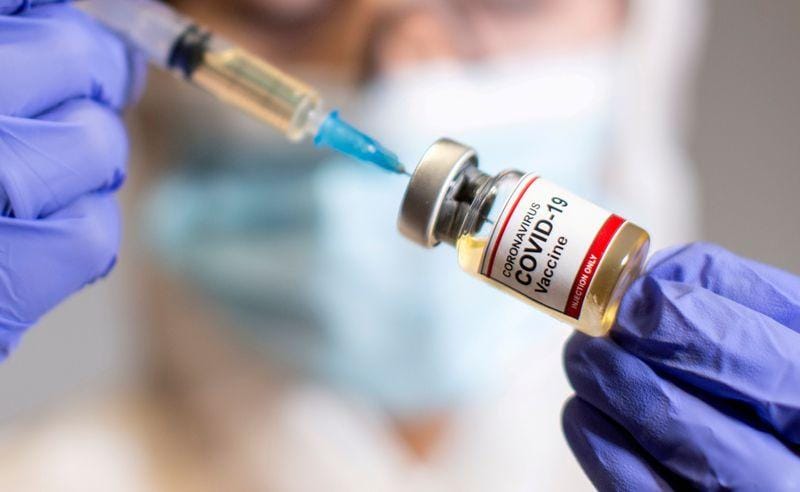 LONDON (Reuters) - Emerging markets have surged on the prospect that coronavirus vaccines will become widely available soon, but analysts think the rally is overplayed given the risks from slower rollouts for some economies that could delay their recoveries.

Several vaccines are now close to fruition, including at least two produced in emerging markets Russia and China, but budgetary constraints in paying for them and challenges in storage and distribution cloud the outlook for many economies.

Brazil, Mexico, Indonesia, India and Russia are tipped to be among the first to receive a boost from the arrival of vaccines, but in most emerging markets demand may outstrip supply, analysts say.

The logistical headache of transporting supplies to some of the more rural parts of large economies like India and poorer countries may also present obstacles.

"I do think the vaccine 'relief rally' for EM is overdone and is more sentiment than reality driven," said Beth Morrissey, managing partner of emerging markets-focused Kleiman International Consultants.

"While I believe an array of possible vaccines will be approved for global use within months, the logistical challenges seem even more difficult than vaccine production to stop the spread."

Emerging markets had a rough ride early on in the pandemic in February and March but investors have regained some confidence. Flows into emerging debt surged to their fourth highest in a single week in the week to Nov. 18. MSCI's EM equity and currency indexes are close to 34 and 30 month highs, respectively.

But the markets may not have fully accounted for the problems some countries face in getting populations vaccinated.

"Clearly, if emerging economies cannot manage to have a majority of the population receive vaccinations, the impact on consumer spending because of continued need for partial lockdowns and subdued travel activities will be more severe than so far priced in," said Tatjana Puhan, managing director at asset manager TOBAM.

Emerging markets need more good news on vaccines in the coming months, especially before the southern hemisphere winter, said Simon Quijano-Evans, Gemcorp Capital's chief economist. For the whole world to achieve herd immunity, there was still a deficit of at least 1.6 billion vaccines in 2021, he said.

AstraZeneca has said it will have as many as 200 million doses of its vaccine by the end of 2020. The vaccine is viewed as offering one of the best hopes for many developing countries because of its cheaper price and ability to be transported at normal fridge temperatures.

Brazil, Mexico, India and Indonesia are likely to be the big beneficiaries of the AstraZeneca vaccine among emerging markets, Deutsche Bank said in a research note.

But keeping any of the vaccines at stable temperatures may prove challenging.

"Even if you look at India, which in recent years has made vast strides in healthcare and pharma, how can they possibly transport a vaccine that needs refrigeration, not even considering the ones that need to be stored at 94 degrees Fahrenheit below zero, across 3.28 million square kilometres quickly enough to inoculate enough of the 1.38 billion population?" said Morrissey.

Peru may also face difficulties, analysts say, as it has so far only secured the Pfizer vaccine, which needs to be shipped and stored at -70C, although the government said earlier this month that Johnson & Johnson and AstraZeneca laboratories would begin trials of coronavirus vaccines.

"With the world's third-highest rate of death from Covid-19, Peruvians will be hoping that the cold chain requirements of the vaccine they have bought are able to be relaxed," Paul Domjan, senior contributing analyst at investment research group Tellimer, wrote in a note this week.

Russia, along with China, appear well placed with the only major home-grown vaccine research programmes in emerging markets, Domjan wrote.

Both these countries will also ship some of their supplies overseas.

The poorest parts of emerging markets should be covered by the COVAX global distribution scheme, co-led by the World Health Organization.

Even so, the positive boost for emerging markets in general from the vaccine may be more than a year away.

Citi analysts said vaccine supply may fall short of demand in most EM countries in 2021, with vaccines starting to lift most economies in the first half of 2022, compared to the fourth quarter of 2021 in developed countries.

"It may not be until the end of 2022 or even later that sufficient vaccines are available to lower-income EM economies with strained fiscal resources and limited capacity for domestic production," Citi analysts wrote in a note this week.

Goldman Sachs has a base case scenario for herd immunity to be reached in most emerging markets between late 2021 and mid-2022, with richer economies and those with greater vaccine supply reaching it sooner.