WASHINGTON (Reuters) - U.S. Trade Representative Robert Lighthizer said on Monday the language translation of the U.S.-China trade agreement was almost completed and would be made public on Wednesday, just prior to a signing ceremony. 'We are about finished with the translation 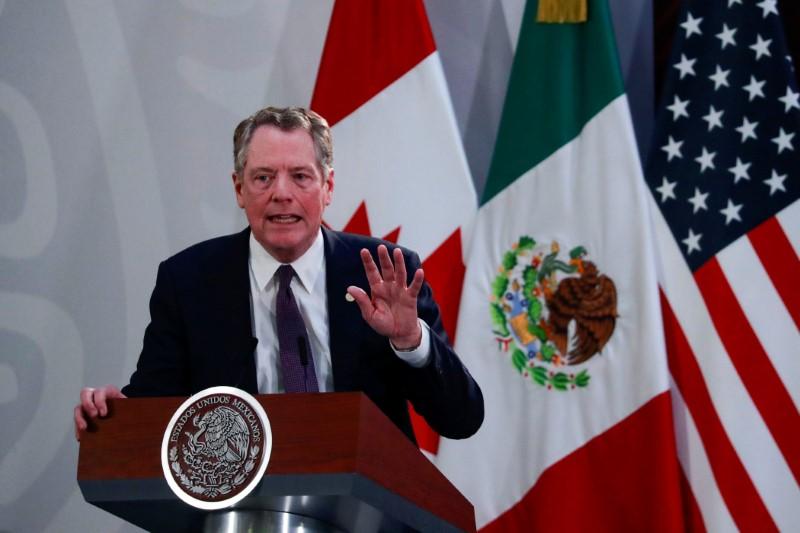 WASHINGTON (Reuters) - U.S. Trade Representative Robert Lighthizer said on Monday the language translation of the U.S.-China trade agreement was almost completed and would be made public on Wednesday, just prior to a signing ceremony.

"We are about finished with the translation. It always takes time," Lighthizer told Fox Business Network. During the interview, he said he was holding an English version of the deal.

"We're going to make it public on Wednesday before the signing," he said.