By Medha Singh and Devik Jain (Reuters) - U.S. stocks rose on Wednesday as a slew of positive earnings updates and hopes for assurances of continued support from the Federal Reserve overshadowed concerns about next steps for the government's coronavirus relief plan 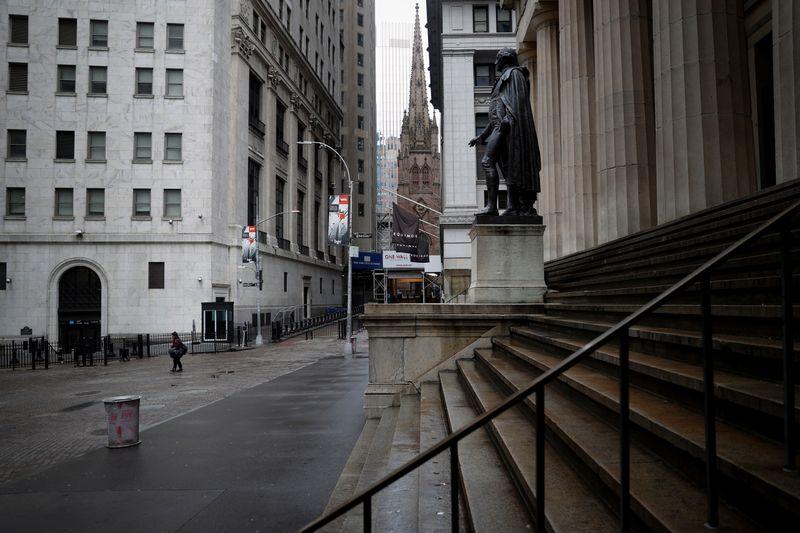 (Reuters) - U.S. stocks rose on Wednesday as a slew of positive earnings updates and hopes for assurances of continued support from the Federal Reserve overshadowed concerns about next steps for the government's coronavirus relief plan.

Advanced Micro Devices Inc jumped 12.4% after the chipmaker raised its full-year revenue forecast. Its shares were among the top boosts to the S&P 500 and Nasdaq.

Starbucks Corp climbed 4.1% after the coffee chain said business was "steadily recovering" worldwide and it would return to profitability in the current quarter.

Of the 163 S&P 500 firms that have reported results, 79.1% have surpassed a low bar of quarterly profit expectations, according to Refinitiv IBES data.

Recent data pointed to a possible slowdown in business and hiring as several U.S. states reimposed restrictions after a spike in COVID-19 infections, while deaths in the country caused by the disease surpassed 150,000 on Wednesday.

Investors will keep a close watch on how the U.S. central bank addresses these economic risks at the end of a two-day policy meeting. The Fed's statement is expected at 2 p.m. ET (1800 GMT), which will be followed by Chair Jerome Powell's press conference.

"The consensus would be that Fed remains accommodative until we have a vaccine or a treatment for COVID-19, which would mean they are going to continue to provide liquidity which has essentially driven the market off the March low," said Nate Fischer, chief investment strategist at Strategic Wealth Partners in Cleveland.

Top Trump administration officials and Democratic congressional leaders tried to narrow stark differences over coronavirus aid on Wednesday, with no guarantees they can craft a compromise before some unemployment benefits expire.

Ten of the 11 major S&P sectors were higher with technology stocks providing the biggest boost to the S&P 500.

Boeing Co slipped 3.1% as it slashed production on its widebody programs and reported a bigger-than-expected loss due to the fallout from the pandemic.

General Electric Co fell 4.7% as it reported a wider-than-expected loss in the second quarter, but saw less cash outflow than estimated.

The chief executives of Amazon.com Inc, Facebook Inc, Apple Inc and Alphabet's Google are set to face a congressional hearing on antitrust on Wednesday, marking the first time appearing before lawmakers together.

All four companies are set to report results on Thursday.

The S&P index recorded 35 new 52-week highs and no new low, while the Nasdaq recorded 65 new highs and 12 new lows.