By Estelle Shirbon LONDON (Reuters) - Britain's COVID-19 testing system faced more disruption on Wednesday after logistical problems at a Roche warehouse delayed the dispatch of some of the Swiss pharmaceutical giant's products. Roche is one of the main suppliers of diagnostic tests to Britain's National Health Service (NHS) Test and Trace programme, which was also hit by a glitch last week that delayed the reporting of nearly 16,000 positive tests. 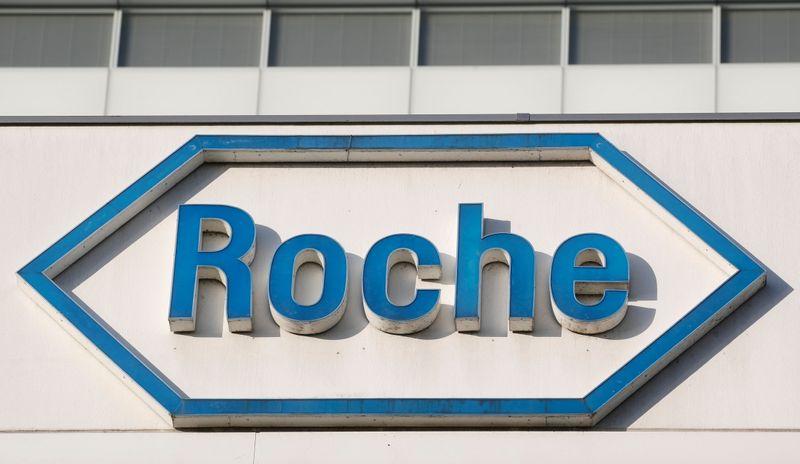 testing system faced more disruption on Wednesday after logistical problems at a Roche warehouse delayed the dispatch of some of the Swiss pharmaceutical giant's products.

Roche is one of the main suppliers of diagnostic tests to Britain's National Health Service (NHS) Test and Trace programme, which was also hit by a glitch last week that delayed the reporting of nearly 16,000 positive tests.

infections topping 14,000 a day and hospital admissions at their highest since June. Health Minister Matt Hancock said the latest numbers showed the country had a very serious problem on its hands.

The Swiss company told UK customers on Wednesday that a switch from an old warehouse to a new automated distribution centre had caused an unforeseen technical issue that lead to a very significant drop in its processing capacity.

Geoff Twist, general manager of Roche Diagnostics UK and Ireland, made a personal apology to customers in a written statement and said he was confident there would be significant improvements in supplies by this weekend.

"We will be well on the way to resolution by the end of next week," he said, adding that the logistical glitch "has not and will not affect our commitment to supply COVID-19

Experts said the supply disruption was also affecting diabetes tests, magnesium level tests and other materials such as supplies for blood gas analysers which are crucial for the treatment of respiratory illnesses, including COVID-19

Allan Wilson, head of the Institute of Biomedical Science, said Roche and NHS staff were working very hard to plug urgent gaps, including by driving around the country to distribute supplies manually, but that would not be tenable for long.

"We can only do that for a few days before it really starts to impact on our ability to do diagnostic tests," he said.

Roche said it was seeking to minimise the impact on diagnostic supplies for cancer, heart disease and infections.

A spokesman for Prime Minister Boris Johnson played down the impact of Roche's distribution problems on testing.

"It is expected to have little to no impact on COVID testing and Roche are already prioritising the dispatch of tests to ensure uninterrupted supplies," he said, echoing a company statement about the issue at its new warehouse.

The Roche warehouse in Newhaven on England's south coast supplies customers throughout the United Kingdom and Ireland.

"The current backlog is likely to temporarily affect and disrupt services and, unfortunately, at this stage we may not be able to provide a solution to avoid such a temporary disruption," Roche said in a letter to UK customers.

"Our customers' contingency plans may need to be activated and we are working with them to help this happen."

Wilson said signs of the problems had emerged last week and scheduled deliveries of certain products had not taken place, leading some hospitals and laboratories to ration test kits.

"The frustration is that they seem to have a warehouse full of consumables but are unable to ship them because the logistics system put in place to manage the extraction and identification of consumables and picking them to send them to customers has failed," Wilson told Reuters in a telephone interview.

The BBC quoted Tom Lewis, lead clinician for pathology at North Devon District Hospital in southwest England, as saying that his hospital had sent instructions that non-urgent blood tests in the community should stop.

Lewis said that without rationing, the hospital risked running out of swabs in three to four days.