UK supermarkets suffer worst Christmas since 2014 with Morrisons the laggard 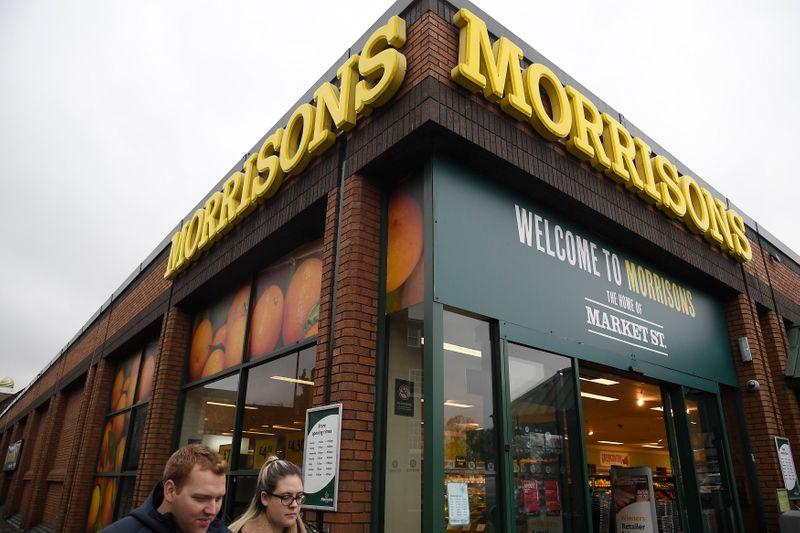 Both data sets showed Morrisons was the industry laggard and the firm's own trading statement confirmed a weak performance.

"There was no sign of the post-election rush many had hoped for in the final weeks before Christmas, with shoppers carefully watching their budgets," said Fraser McKevitt, head of retail and consumer insight at Kantar.

He said consumers cut back on traditional and indulgent festive classics, with sales of Christmas puddings down 16%, sparkling wine sales down 8% and turkey sales down 1%.

Morrisons' own update showed its underlying sales, excluding fuel and sales tax, fell 1.7% in the 22 weeks to Jan. 5 - a period that included the group's third quarter and the nine-week Christmas trading period.

"The market was also highly promotional (and) collectively more competitive, especially in areas such as beers, wines and spirits, fuel and in-store coupons," he said.

UK pay growth has slowed since the middle of 2019 - a year characterised by political uncertainty in the run-up to several Brexit deadlines and the Dec. 12 national election.

Potts said there would be uncertainty in the grocery market until the terms of Britain's exit from the European Union become clearer.

Morrisons' performance was, however, better than feared, with analysts forecasting a decline of 2.2% from the year earlier period. The firm said it still expected 2019-20 pretax profit within the range of analysts' forecasts of 400-431 million pounds ($527-$568 million), up from 396 million pounds in 2018-19, thanks to the tight management of costs.

Shares in Morrisons were up 2.2% at 1112 GMT, reversing Monday's losses and paring losses over the last year to 10%.

The run up to Christmas marks the most important, and competitive, time of the year for British supermarkets.

In recent years all four major groups have had to fight off the challenge from Aldi and Lidl, which are continuing to open new stores at a rapid pace. The discounters are also selling more premium products, making them more competitive over Christmas.

Kantar noted that Aldi and Lidl's combined market share of 13.7% is more than treble what they held in December 2009.

On Monday Aldi UK reported a 7.9% increase in total sales for the four weeks to Dec. 24 and said its like-for-like sales were positive.

The Nielsen and Kantar data showed Sainsbury's as the least worst performer, followed by Tesco and Asda. Online seller Ocado

Sainsbury's, which is trying to rebuild confidence in its strategy following a botched attempt to take over Asda, updates on trading on Wednesday, followed by Tesco and Marks & Spencer