By William James, Elizabeth Piper and Gabriela Baczynska LONDON/BRUSSELS (Reuters) - Senior British minister Michael Gove put the chances of securing a trade deal with the European Union at less than 50% on Thursday, striking a pessimistic tone just two weeks before Britain completes its departure from the bloc. His downbeat prediction contrasted sharply with remarks by the EU's chief negotiator suggesting there had been good progress. 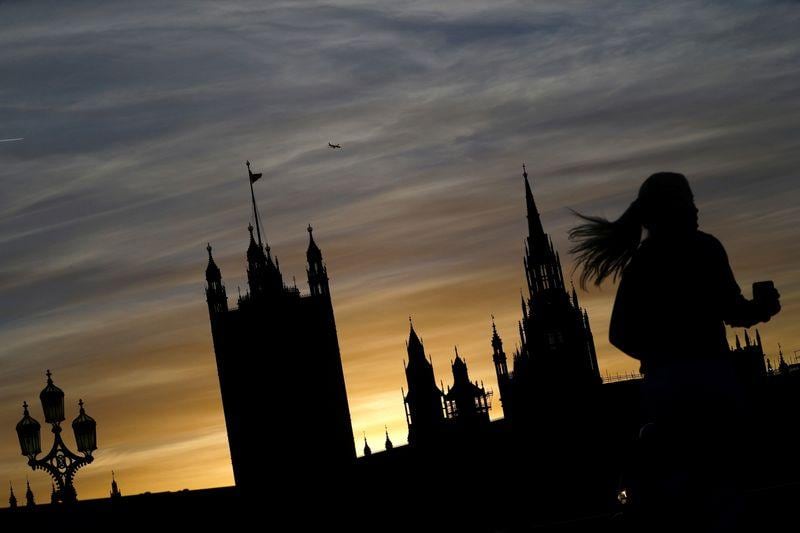 LONDON/BRUSSELS (Reuters) - Senior British minister Michael Gove put the chances of securing a trade deal with the European Union at less than 50% on Thursday, striking a pessimistic tone just two weeks before Britain completes its departure from the bloc.

His downbeat prediction contrasted sharply with remarks by the EU's chief negotiator suggesting there had been good progress. Both sides are trying to prevent a turbulent finale to four years of tortuous discussions.

Optimism had been rising that a deal was imminent to keep the goods trade that makes up half of annual EU-UK commerce, worth nearly a trillion dollars in all, free of tariffs and quotas beyond Dec. 31.

But both sides say there are still gaps to be bridged and it was so far unclear whether either would shift far enough to open the way for a breakthrough.

EU diplomatic sources said the 27 member states would get an update on Friday, although they suggested any decision on a deal was more likely to come on Saturday.

But Gove, who oversaw the implementation of an earlier divorce deal, told a parliamentary committee: "I think that regrettably the chances are more likely that we won't secure an agreement."

He put the probability at "less than 50%", adding that, if the British parliament did not have time to pass the deal into law by Dec. 31, "then the clock has run out and no agreement would have been reached and we will be in a world where we will be trading on WTO (World Trade Organization) terms".

He later said he believed the last possible deadline for getting a deal was in the days immediately after Christmas.

Failure to agree a deal on goods trade would send shockwaves through financial markets, damage European economies, snarl borders and disrupt supply chains across Europe and beyond.

But currency traders appeared to take an upbeat view of the prospects for a deal. Shortly after Gove spoke, sterling was off its highs but still up around 0.5% at $1.3578 against a weaker dollar.

Prime Minister Boris Johnson, the face of the 2016 Brexit referendum campaign, has long said he will not accept a deal that fails to respect British sovereignty after winning an election last year on a pledge to "take back control".

Gove said some of the remaining differences went "to the very heart of the (government's) mandate".

An EU official who declined to be named said disagreements over fisheries were not yet resolved but that intensive talks on a way forward on quotas and a transition period were under way. Two EU diplomats and an EU official said they did not expect a deal to come together by Friday.

Since Britain formally left the bloc on Jan. 31 it has been in a transition period under which rules on trade, travel and business remain unchanged, with the country still within the EU customs union and single market. Many deadlines have been missed in the talks to find a trade deal.

The European Parliament said it could hold an emergency plenary in late December if a deal is reached by Monday. If it came later EU diplomats said the bloc might still put it in place from Jan. 1, without lawmakers' consent.

European Commission President Ursula von der Leyen said this week there was now a "very narrow" path to agreement, though success was not guaranteed.

Johnson portrays it as a chance to build Britain into a fully independent economy that would be much more agile than its competitors, and so does not want to be tied into the EU's orbit and its rules for years to come.

EU powers are concerned London wants the best of both worlds - preferential access to lucrative EU markets, with the advantage of setting its own rules.