By Huw Jones LONDON (Reuters) - Optimism in Britain's financial services sector rose in the last quarter to snap a four-year decline, with business volumes also predicted to grow in coming weeks, a survey showed on Monday. The quarterly survey of 94 banks, insurers and investment management firms was conducted by business trade body CBI and consultants PwC 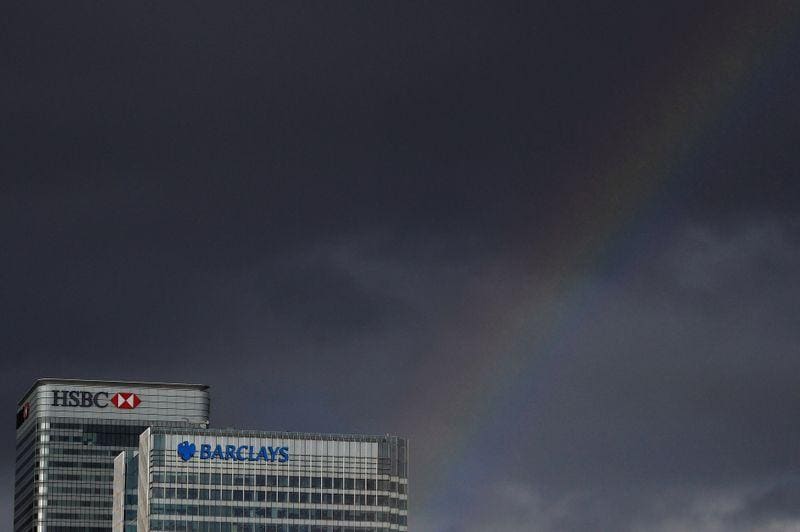 LONDON (Reuters) - Optimism in Britain's financial services sector rose in the last quarter to snap a four-year decline, with business volumes also predicted to grow in coming weeks, a survey showed on Monday.

The quarterly survey of 94 banks, insurers and investment management firms was conducted by business trade body CBI and consultants PwC.

"The stirrings of optimism represent a significant turnaround given the flat and falling optimism that has beset the past four years," said Andrew Kail, head of financial services at PwC.

The sector has been under a cloud since Britain voted in June 2016 to leave the EU.

"An uptick in hiring in hiring, investment in systems, and better profit expectations for the first three months of the year are driving the positivity in the sector, following the general election," Kail said.

The survey was conducted before the mid-December general election in Britain that saw the defeat of an opposition Labour Party that had pledged to introduce new taxes on finance.

Prime Minister Boris Johnson was re-elected as widely predicted by the polls at the time, winning an emphatic majority that has enabled him to get an EU divorce settlement approved in parliament.

This ensures that Britain will leave the bloc on Jan. 31 with an 11-month no-change transition deal to ease business concerns over a potentially disorderly departure.

Johnson's win has led to a burst of optimism among British business and consumers generally.

But the financial sector is now waiting to see what sort of access it will have after the transition period to the EU, its biggest export customer, which could be patchy at best.

Rain Newton-Smith, chief economist at the CBI, said the government must do all it can to support financial services, one of the UK's most globally competitive sectors, to ensure that the expectations of an upturn can come to pass.

Brexit has raised the prospect of thousands of financial services jobs leaving London to staff new hubs in the EU being opened by banks, insurers and asset managers from Britain.

Paris Europlace, which promotes the French capital as a financial centre, said on Friday it expect's 4,000 jobs to move there from London, with another 1,000 targeted.

The survey, however, also showed the employement growth in financial services remained solid and far above the long-term average in the last quarter.

Employment growth is expected to pick up over the current quarter, it said.

"However, the sector isn't quite out of the woods yet... Brexit uncertainty continues to drag on investment plans, and concerns over labour shortages have spiked," Newton-Smith said.