By Andy Bruce and David Milliken LONDON (Reuters) - Britain's economy will shrink if it leaves the European Union without a Brexit deal and it will suffer some damage whatever terms it agrees, the International Monetary Fund said on Monday, challenging the promises of some Brexit supporters. The Fund predicted Britain's economy would grow by about 1.5 percent a year in 2018 and 2019 -- lagging behind Germany and France -- if a broad Brexit agreement was struck 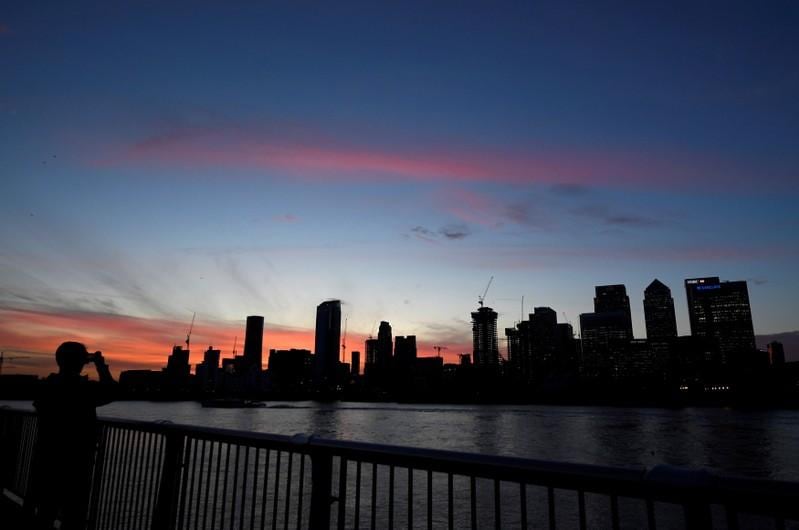 By Andy Bruce and David Milliken

LONDON (Reuters) - Britain's economy will shrink if it leaves the European Union without a Brexit deal and it will suffer some damage whatever terms it agrees, the International Monetary Fund said on Monday, challenging the promises of some Brexit supporters.

The Fund predicted Britain's economy would grow by about 1.5 percent a year in 2018 and 2019 -- lagging behind Germany and France -- if a broad Brexit agreement was struck.

"I'm a desperate optimist, and I very much hope and pray that there will be a deal between the European Union and the UK," IMF Managing Director Christine Lagarde said.

But failure to get a deal would lead to a contraction, she said.

"Let me be clear, compared with today's smooth single market, all the likely Brexit scenarios will have costs for the economy and to a lesser extent as well for the EU," Lagarde said as the IMF presented its annual report on Britain's economy.

"The larger the impediments to trade in the new relationship, the costlier it will be. This should be fairly obvious, but it seems that sometimes it is not."

Britain is due to leave the EU in little more than six months' time but London and Brussels have yet to strike a deal to secure a transition period.

Prime Minister Theresa May has struggled to bridge a deep divide within her Conservative Party about how close a relationship Britain should have with the EU.

She is hoping to make progress towards a deal when she meets fellow EU leaders this week.

British finance minister Philip Hammond, speaking alongside Lagarde, said the government had to heed the "clear warnings" from the IMF of a no-deal Brexit.

Hammond has been criticised by some Conservative Party lawmakers who say he wants to keep Britain too close to the EU.

Many Brexit supporters say Britain must distance itself from Brussels in order to strike its own trade deals with fast-growing economies around the world.

The IMF said those kind of deals would not offset the drag to the economy from leaving the EU.

Ruth Lea, an economist with Arbuthnot Banking Group and a Brexit advocate, accused the IMF of joining a new round of "Project Fear," a term Brexit supporters use for pre-referendum warnings of the economic consequences of a Leave vote.

"Did they learn nothing from their loss of credibility after Project Fear Mark 1? In other words, stop making bold claims when you really don't know what will happen," Lea said on Twitter.

Britain's economy -- the world's fifth-biggest -- slowed after the 2016 referendum decision to leave the EU and it continues to be outpaced by most other rich nations.

However, stronger-than-expected data last week showed the economy had its fastest growth in nearly a year, helped by the World Cup and hot summer weather.

The IMF said there was a "daunting" range of issues still to be dealt with before Brexit.

Lagarde also said the IMF would lower its forecast for global economic growth when it updates its outlook in November.

"But I can say at this point, without disclosing any numbers, is that clouds on the horizon have not become lighter but darker," she said.