UK decision on Huawei not set in stone, minister says

LONDON (Reuters) - Britain's decision to grant Huawei [HWT.UL] a limited role in building its 5G network is not 'fixed in stone' and a government update on the Chinese company will be published before July 22, a government minister and official said on Monday. British relations with China have already been strained by Beijing's decision to approve a new national security law in Hong Kong 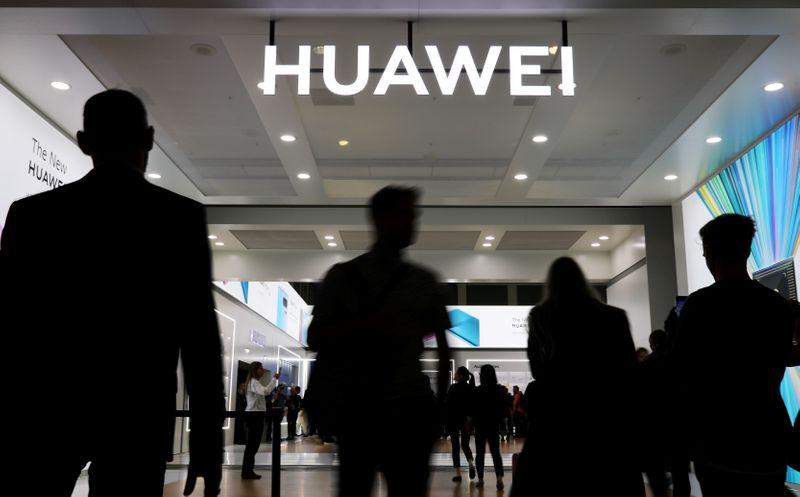 LONDON (Reuters) - Britain's decision to grant Huawei [HWT.UL] a limited role in building its 5G network is not "fixed in stone" and a government update on the Chinese company will be published before July 22, a government minister and official said on Monday.

British relations with China have already been strained by Beijing's decision to approve a new national security law in Hong Kong. Earlier on Monday the country's ambassador to London, Liu Xiaoming, warned that getting rid of Huawei would send a "very bad message" to Chinese business.

Britain granted Huawei a limited role in its future 5G networks in January, but officials at the National Cyber Security Centre (NCSC) have since studied the impact of U.S. sanctions on the company.

The measures are designed to restrict Huawei from sourcing advanced microchips and Britain has said they could have a significant impact on the reliability of the supplier.

"It is not fixed in stone," Britain's digital minister, Oliver Dowden, said of an earlier decision to give the company a limited role. "We constantly review our security to ensure we have the best possible security for our telecoms network."

Dowden declined to comment on reports that officials were drawing up proposals to stop installing Huawei equipment and said any decision would be announced in parliament.

Prime Minister Boris Johnson's spokesman said an update would be given to parliament before the summer recess begins on July 22.

"If the U.S impose sanctions, which they have done, we believe that could have a significant impact on the reliability of Huawei equipment and whether we can use it safely," he said.

Liu said a U-turn on the Huawei decision would damage Britain's image as an open, business-friendly environment and it meant London was having to "bounce to the tune of the other countries".

"The China business community are all watching how you handle Huawei. If you get rid of Huawei it sends out a very bad message to other Chinese businesses," he said.