By Paul Lienert and Joseph White DETROIT (Reuters) - The United Auto Workers union wrung higher pay and better coverage for temporary workers from General Motors Co as part of its tentative deal to end a month-long U.S. strike, but the deal would also allow the automaker to move forward with closing three plants, the union said on Thursday. 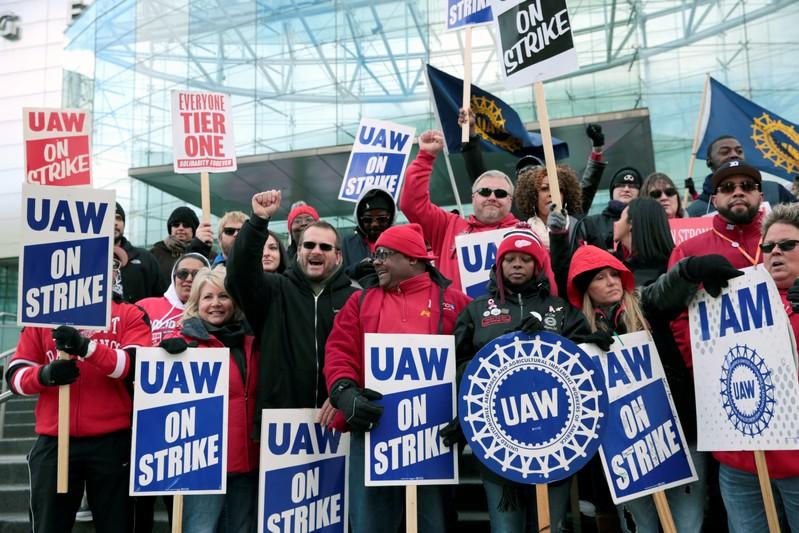 By Paul Lienert and Joseph White

DETROIT (Reuters) - The United Auto Workers union wrung higher pay and better coverage for temporary workers from General Motors Co as part of its tentative deal to end a month-long U.S. strike, but the deal would also allow the automaker to move forward with closing three plants, the union said on Thursday.

The highlights of the agreement were released by the UAW after the union's national council, representing GM plants across the United States, reviewed the terms of the four-year deal. It will now be up to the 48,000 workers to ratify the deal.

It was not immediately clear whether the workers would end their strike at that point or stay on the picket lines while the voting occurs - a process that could last up to two weeks.

The strike began on Sept. 16, with UAW negotiators seeking higher pay for workers, greater job security, a bigger share of profit and protection of healthcare benefits. Other issues included the fate of plants GM has indicated it may close, and the use of temporary workers.

(Reporting by Paul Lienert and Joseph White in Detroit; Additional reporting by David Shepardson and Ben Klayman in Washington; Editing by Tom Brown and Matthew Lewis)