DETROIT (Reuters) - The union representing the 48,000 workers who have been striking General Motors Co for about a month have scheduled a meeting on Thursday to update the leaders of the various union locals from around the country on the status of the talks, several people familiar with the plans said on Monday. The sides have not reached a tentative agreement that would end the strike, but progress has been made and the United Auto Workers leadership will give an update at 10:30 a.m 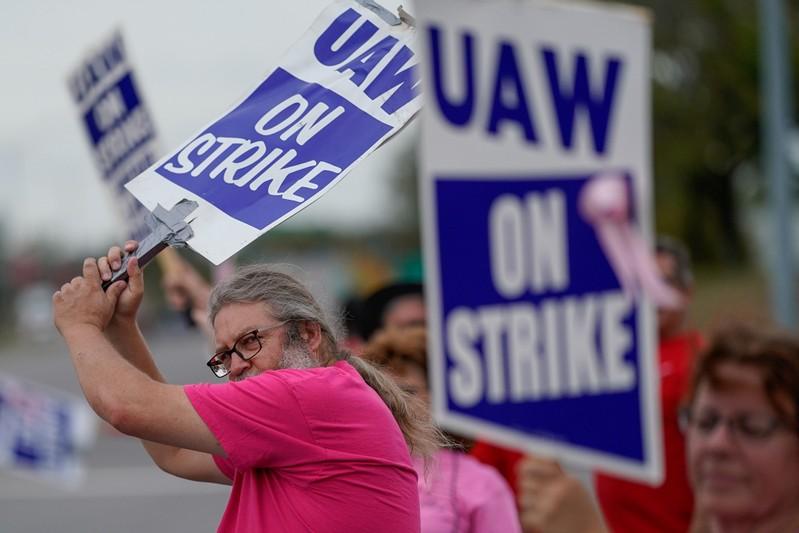 DETROIT (Reuters) - The union representing the 48,000 workers who have been striking General Motors Co

The sides have not reached a tentative agreement that would end the strike, but progress has been made and the United Auto Workers leadership will give an update at 10:30 a.m. ET (1430 GMT) on Thursday, said the people, who asked not to be identified because the talks continue.

"It's time to have a conversation one way or the other," one person said.

The UAW strike began on Sept. 16, with the union's members at GM seeking higher pay, greater job security, a bigger share of profit and protection of healthcare benefits.

After GM angered the UAW negotiators last week by appealing directly to workers and revealing details of the No. 1 U.S. automaker's latest offer, the sides have continued talking. The UAW made a counter offer to GM on Friday.

(Reporting by Ben Klayman in Detroit; Editing by Lisa Shumaker)