By Andrew Chung WASHINGTON (Reuters) - U.S. Supreme Court justices on Monday appeared open to letting a lawsuit proceed against Apple Inc that accused it of breaking federal antitrust laws by monopolizing the market for iPhone software applications and causing consumers to overpay. The nine justices heard an hour of arguments in an appeal by the Cupertino, California-based technology company of a lower court's decision to revive the proposed class-action lawsuit filed in federal court in California in 2011 by a group of iPhone users seeking monetary damages 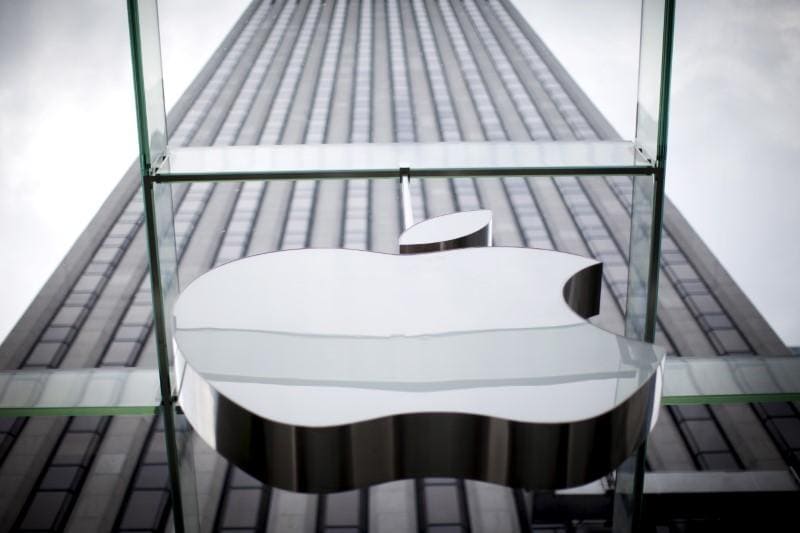 WASHINGTON (Reuters) - U.S. Supreme Court justices on Monday appeared open to letting a lawsuit proceed against Apple Inc that accused it of breaking federal antitrust laws by monopolizing the market for iPhone software applications and causing consumers to overpay.

The nine justices heard an hour of arguments in an appeal by the Cupertino, California-based technology company of a lower court's decision to revive the proposed class-action lawsuit filed in federal court in California in 2011 by a group of iPhone users seeking monetary damages.

The lawsuit said Apple violated federal antitrust laws by requiring apps to be sold through the company's App Store and then taking a 30 percent commission from the purchases.

The case may hinge on how the justices will apply one of its past decisions to the claims against Apple. That 1977 ruling limited damages for anti-competitive conduct to those directly overcharged rather than indirect victims who paid an overcharge passed on by others.

Apple was backed by Republican President Donald Trump's administration. Some liberal and conservative justices sharply questioned an attorney for Apple and U.S. Solicitor General Noel Francisco, who argued on behalf of the administration on the company's side, over their argument that the consumers were not directly affected by purchasing the apps from Apple.

Liberal Justice Elena Kagan, explaining how an App Store purchase is handled, said, "From my perspective, I've engaged in a one-step transaction with Apple."

Some conservative justices, including Trump appointee Neil Gorsuch, wondered whether the 1977 ruling was still valid in a modern marketplace.

Conservative Chief Justice John Roberts' questions suggested he agreed with Apple's position. Roberts expressed concern that, for a single price increase, Apple could be held liable by both consumers and App developers.

The iPhone users, including lead plaintiff Robert Pepper of Chicago, have argued that Apple's monopoly leads to inflated prices compared to if apps were available from other sources.

Though developers set the prices of their apps, Apple collects the payments from iPhone users, keeping a 30 percent commission on each purchase. One area of dispute in the case is whether app developers recoup the cost of that commission by passing it on to consumers. Developers earned more than $26 billion in 2017, a 30 percent increase over 2016, according to Apple.

Apple, also backed by the U.S. Chamber of Commerce business group, told the justices in legal papers that siding with the iPhone users who filed the lawsuit would threaten the burgeoning field of e-commerce, which generates hundreds of billions of dollars annually in U.S. retail sales.

The plaintiffs, as well as antitrust watchdog groups, said closing courthouse doors to those who buy end products would undermine antitrust enforcement and allow monopolistic behavior to expand unchecked. The plaintiffs were backed by 30 state attorneys general, including from Texas, California and New York.

The plaintiffs said app developers would be unlikely to sue Apple, which controls the service where they make money, leaving no one to challenge anti-competitive conduct.

The company sought to have the antitrust claims dismissed, arguing that the plaintiffs lacked the required legal standing to bring the lawsuit. A federal judge in Oakland, California threw out the suit, saying the consumers were not direct purchasers because the higher fees they paid were passed on to them by the developers.

But the San Francisco-based 9th U.S. Circuit Court of Appeals revived the case last year, finding that Apple was a distributor that sold iPhone apps directly to consumers.