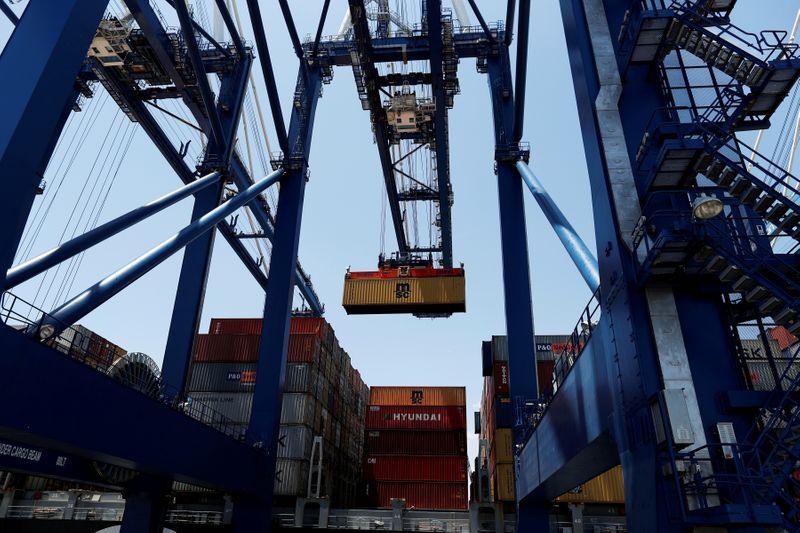 WASHINGTON (Reuters) - Growth of U.S. labour costs was not as robust as initially thought in the third quarter, suggesting inflation could remain tame in the near term.

The sharp downward revision to labour costs, reported by the Labor Department on Tuesday, also pointed to some easing of the squeeze on profit margins. Corporate profits have been reduced by strong labour cost growth that has outpaced revenue. With worker productivity still sluggish, however, the pace of growth in labour costs is likely to remain solid.

"This is certainly good news for companies' profit margins which have been under pressure," said Lydia Boussour, a senior economist at Oxford Economics in New York. "However, slower productivity growth and steady compensation growth will keep upward pressure on unit labour costs going forward."

Unit labour costs, the price of labour per single unit of output, increased at a 2.5% annualised rate in the third quarter. They were previously reported to have advanced at a 3.6% rate. Second-quarter growth in labour costs was raised to a 2.4% pace from a 0.1% rate.

Last quarter's gains in unit labour costs and compensation are in line with other recent measures showing moderate wage gains, indicating inflation will probably continue to run below the Federal Reserve's 2% target.

"That is about the same as the pace of inflation and indicates stable inflation," said Rubeela Farooqi, chief U.S. economist at High Frequency Economics in White Plains, New York.

Fed officials are scheduled to begin a two-day policy meeting on Tuesday. The central bank is not expected to cut interest rates on Wednesday against the backdrop of relatively upbeat economic data, including a sharp narrowing in the trade deficit in October, a rebound in orders for big-ticket items and a surge in job growth in November.

The Fed cut rates in October for the third time this year, but signalled a pause in the easing cycle that started in July when it reduced borrowing costs for the first time since 2008.

The central bank's preferred inflation measure increased 1.6% in the 12 months through October, slowing from 1.7% in September. November data will be published later this month.

The dollar was steady against a basket of currencies, while U.S. Treasury prices fell. Stocks on Wall Street were mixed.

The government also confirmed that worker productivity fell by the most in nearly four years in the third quarter as a rebound in hours, driven by a surge in the volatile self-employed and unpaid family workers component, outpaced output.

Nonfarm productivity, which measures hourly output per worker, decreased at a 0.2% rate in the last quarter, the biggest drop since the fourth quarter of 2015. Productivity was previously reported to have declined at a 0.3% pace in the July-September quarter.

Productivity grew at an unrevised 2.5% rate in the second quarter. The government last month revised up third-quarter gross domestic product growth to a 2.1% rate from a 1.9% pace.

Compared with the third quarter of 2018, productivity increased at a 1.5% rate, instead of the previously reported 1.4% pace. Tepid productivity suggests the economy is unlikely to achieve the Trump administration's goal of 3% annual growth.

Productivity grew at an average annual rate of 1.3% from 2007 to 2018, below its long-term rate of 2.1% from 1947 to 2018, indicating that the speed at which the economy can expand over a long period without igniting inflation has slowed.

Some economists blame soft productivity on a shortage of workers as well as the impact of rampant drug addiction in some parts of the country. Others also argue that low capital expenditure, which they say has resulted in a sharp drop in the capital-to-labor ratio, is holding down productivity.

There is also a belief that productivity is being inaccurately measured, especially on the information technology side. Fed Chairman Jerome Powell said in October the U.S. central bank was "carefully assessing the implications of possibly mismeasured productivity gains."

Hours worked rose at a revised 2.5% rate last quarter. That was up from the 2.4% pace estimated in November.