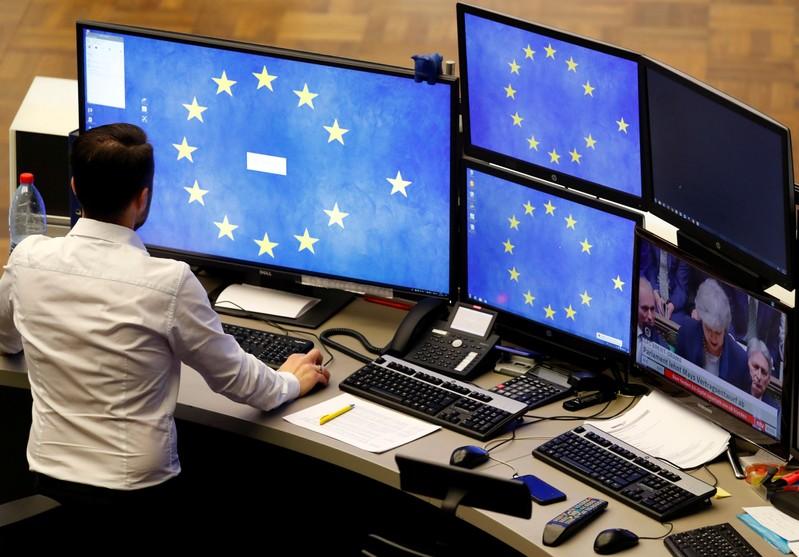 May can now try to build consensus on an agreement on Britain's departure from the European Union. The confidence vote followed the parliamentary defeat of May's Brexit deal late Tuesday.

Hopes for a softer Brexit, perhaps incorporating the Labour Party's idea of a customs union, gave some support to the pound.

"Sterling has jumped on the back of this because now we are looking at the possibilities of other parties coming to Theresa May and work with her on the issue of Brexit. The future path will be very much dependent on the promises she makes with cross parties," Naeem Aslam, chief market analyst at Think Markets UK Ltd in London, wrote in a note following the vote.

On Wall Street, results from Bank of America

"It's still way early, but so far the tone has been good," said Paul Nolte, portfolio manager at Kingsview Asset Management in Chicago.

"The fact that the banks are a little more sensitive certainly to interest rates and the yield curve and business activity, it gives a decent read on the economy."

Data this week showed Germany barely escaped a recession in the second half of 2018. On Tuesday, European Central Bank chief Mario Draghi warned the euro zone economy was weaker than anticipated.