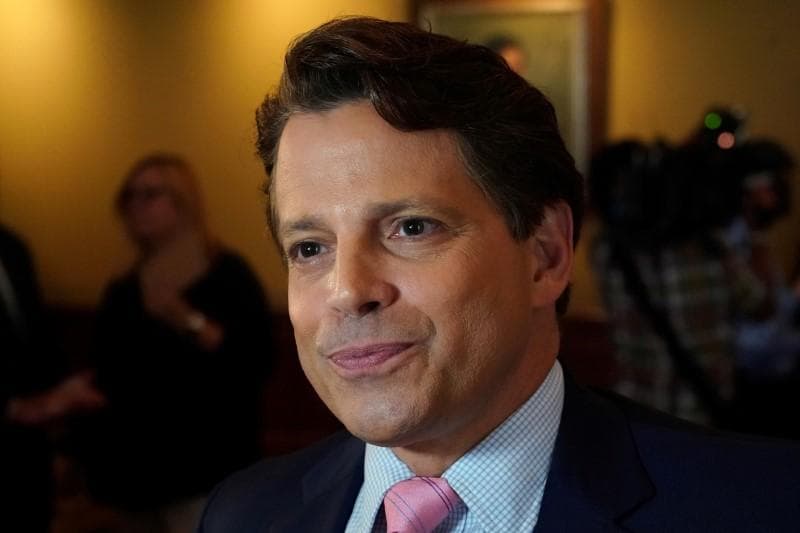 Scaramucci, who served as U.S. President Donald Trump's communications director for less than two weeks in 2017, also told the Reuters Global Markets Forum that former New York City Mayor Michael Bloomberg is the most likely candidate to defeat Trump in the 2020 presidential election.

Below are excerpts from the interview, conducted on the sidelines of the World Economic Forum's annual meeting in Davos, Switzerland:

Q - Trump has taken credit for the stock market's all-time highs. Is that a fair assessment?

A - Somewhat fair. Tax reform led to profit growth, and deregulation improved confidence, but the U.S. Federal Reserve deserves most of the credit.

Q - Do you expect this rally to continue?

A - (We are) cautiously optimistic. It is an election year, there will be major political pressure on the Fed to stay lenient.

Tech (valuations are at) dangerous levels. And there appears to be an earnings recession coming.

This is not 1999, but it could be (like) 2003 where an economic slowdown creates (price-to-earnings ratio) multiple compression. The historical models have been disrupted by modern monetary theory. They are still going to be accurate, just delayed.

Q - Where is Skybridge allocating money to this year? How has that changed from last year?

A - In the last three months, we’ve been shifting more into macro strategies and picked up a bit of long bias. We believe that momentum in the market is still there as a result of the Fed moves.

Q - Who do you think would be the best candidate to beat President Trump in this year’s election?

A - Mike Bloomberg - with his money, operational forces, and ground game - could probably beat Trump. Bernie (Sanders) or Elizabeth (Warren) would get demolished.

Trump is likely to get re-elected. The one person who could defeat him would be Trump.

We are 300 days out from the election. That is 200 years in Trump world. If (the) election were held today he would win, but it is in November. Anything can happen.

Q - Any political plans of your own on the cards?

A - I am running for re-election in my marriage. Hopefully there are no term limits, but there is constant campaigning.