By April Joyner NEW YORK (Reuters) - The latest rally in U.S. stocks is facing a serious test, as the S&P 500 heads towards its worst loss in months on concerns over how the coronavirus will impact the global economy. So far, the selling has been measured, with most investors confident that the U.S. 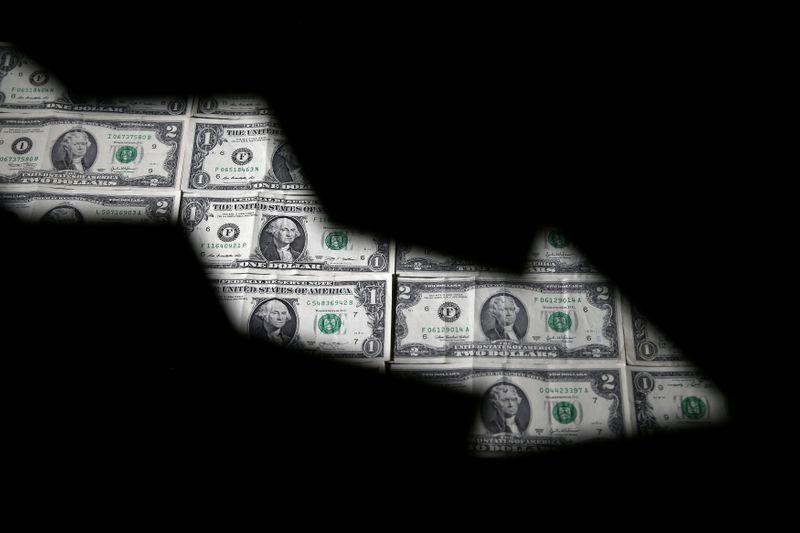 NEW YORK (Reuters) - The latest rally in U.S. stocks is facing a serious test, as the S&P 500 heads towards its worst loss in months on concerns over how the coronavirus will impact the global economy.

So far, the selling has been measured, with most investors confident that the U.S. economy remains in good shape and the Federal Reserve stands ready to provide stimulus if the economic situation deteriorates.

Still, worries have grown that months of placid trading may have left stocks primed for an upsurge of volatility.

“Markets hate uncertainty, and the coronavirus is the ultimate uncertainty," said Alec Young, managing director of global markets research, FTSE Russell, New York. "With the markets overbought to begin with, this is now a sell first, ask questions later situation."

The benchmark S&P 500 <.SPX> stock index has notched 71 days without a 1% move, the third such longest stretch since 1995. Past runs of quiet trading have tended to culminate in periods of turbulence: for instance, an unusually calm period from September 2017 to January 2018 preceded a sharp selloff in U.S. stocks in February 2018, fuelled by an implosion of bets that volatility would stay low.

On Monday, the Cboe Volatility Index <.VIX> touched a three-month high and was last up 2.7 points to 17.24 after having traded near its lowest levels over the past year earlier this month.

The S&P 500 was on track for its biggest one-day percentage drop since October on Monday on news that the death toll from the virus grew in China and more cases were reported across the world.

"Positioning in the equity markets... had gotten a little bit out of hand. That creates a lot of kindling for a fire in risk asset prices," said Guy LeBas, chief fixed income strategist at Janney Montgomery Scott.

There have been few tests to the bull market's most recent leg higher, which before Monday's losses has seen the S&P hit numerous fresh highs after the United States announced a trade deal with China in mid-December. Fears of a heightened conflict between the United States and Iran proved short-lived earlier this month, as did worries over delays in the signing of a trade agreement between Washington and Beijing in December.

Growing confidence in the rally's durability had pushed investors to increase their exposure to equities: Allocations to global stocks stood at their highest level in 17 months, while cash levels have shrunk to a seven-year low, a Bank of America Merrill Lynch survey of fund managers showed last week.

Persistent low volatility would usually prompt greater demand for puts, which offer downside protection, in comparison to calls, used to bet on further upside, said Stacey Gilbert, portfolio manager for derivatives at Glenmede Investment Management in Philadelphia. But skew, a measure of interest in puts versus calls, for the S&P 500 remained below its long-term average over the past two years.

A few investors have gone against the grain in recent weeks to purchase insurance against a jump in volatility while prices for most such bets have been relatively discounted. At least one investor earlier this month bought 225,000 calls that would require the VIX to hit 22 by late February in order to be redeemed. The index traded as high as 19.02 on Monday.

"People are nervous because the market has been going up for such a long time and done so well recently," said David Kelly, chief global strategist at JPMorgan Funds. "I think this coronavirus may be more of an excuse than a rational estimate of its effects."