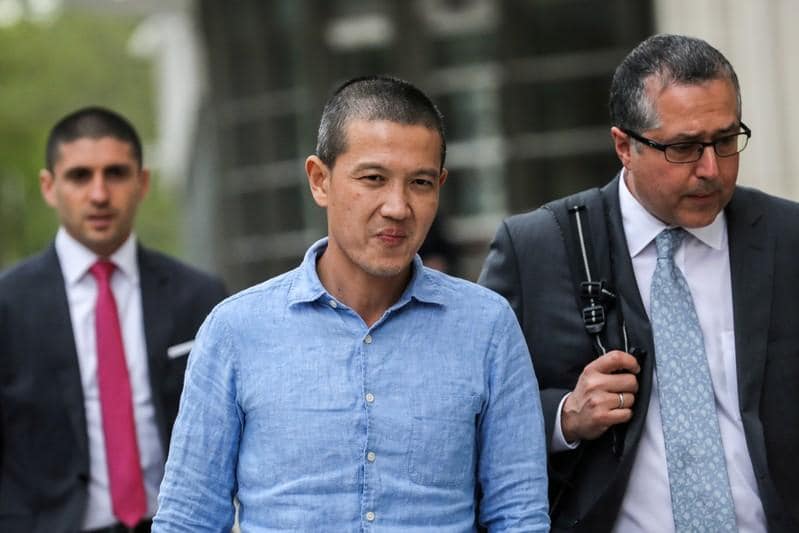 The U.S. Department of Justice handed over to Ng's lawyers a "small subset" of more than 1 million documents the government is relying on to prosecute the case, said Assistant United States Attorney Drew Rolle during a hearing at a Brooklyn federal court.

The United States accused 46-year-old Ng last year of conspiring to launder money and bribe government officials in Malaysia and Abu Dhabi through bond offerings that Goldman Sachs Group Inc handled. He was extradited on May 3 to New York from Kuala Lumpur, where he had been jailed since November.

Ng pleaded not guilty to the charges on May 6 and was released in exchange for a $20 million bond.

Prosecutors are working on how to best format and organise the remaining documents, which they will likely send to Ng’s lawyers on a rolling basis, Rolle said.

Prosecutors and Ng's lawyer, in a May 6 court document related to the case, had requested delaying the trial date for Ng because they believed plea negotiations "are likely to result in a disposition of this case without trial."

Government lawyers have said they hope to avoid a trial by reaching a plea deal though Ng's attorney.

“I’m not ruling anything out,” said Marc Agnifilo, Ng’s lawyer, to reporters after the hearing about a possible plea deal. “There is a full range of possibilities for a criminal defendant, and there are still options.”

Ng, who left Goldman Sachs in 2014, faces up to 30 years in prison if convicted of the three charges based on alleged violations of the U.S. Foreign Corrupt Practices Act.

Malaysia's home minister wanted Ng to face criminal charges there first, but agreed to temporarily surrender him to the United States for 10 months, Malaysia's attorney general, Tommy Thomas, said in a statement.

The period may be extended, Thomas has said.

But that issue is for the U.S. and Malaysian governments to discuss, Agnifilo told reporters.

“Given the complexity of the case, it’s going to require us to do a lot of work up front and as soon as possible,” Agnifilo said to reporters about the 10-month period.

Malaysia has said it was seeking up to $7.5 billion in reparations from Goldman over its dealings with 1MDB, set up in 2009 by then-Prime Minister Najib Razak.

Najib, who lost a general election last year, faces 42 criminal charges related to losses at 1MDB and other state entities. He has pleaded not guilty.