By Diane Bartz and Christopher Bing WASHINGTON (Reuters) - U.S. authorities on Thursday unveiled indictments against two Chinese nationals linked to China's government who took part in a cyber spying campaign that hacked a range of American government agencies and corporations and violated a 2015 pact, escalating tensions between the two nations. The U.S. 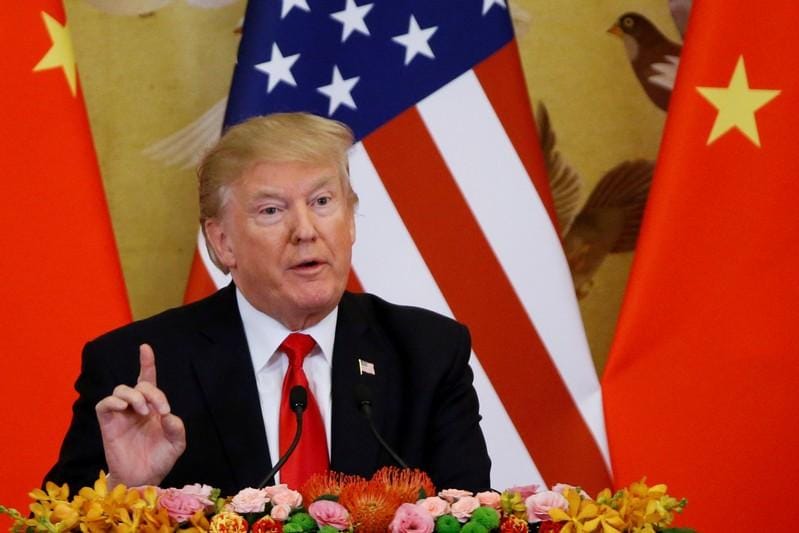 By Diane Bartz and Christopher Bing

WASHINGTON (Reuters) - U.S. authorities on Thursday unveiled indictments against two Chinese nationals linked to China's government who took part in a cyber spying campaign that hacked a range of American government agencies and corporations and violated a 2015 pact, escalating tensions between the two nations.

The U.S. Justice Department charged Zhu Hua and Zhang Jianguo in computer hacking attacks on the U.S. Navy, the space agency NASA and businesses in numerous sectors. The defendants hacked computers to steal intellectual property and confidential business and technological data, according to the indictment.

"China's goal, simply put, is to replace the U.S. as the world's leading superpower and they're using illegal methods to get there," FBI Director Chris Wray said at a news conference.

The timing of the action may worsen tensions between Washington and Beijing after the arrest of Meng Wanzhou, the chief financial officer of Chinese telecommunications giant Huawei Technologies

The charges were announced by President Donald Trump's administration just weeks after the United States and China agreed to talks aimed at resolving an ongoing trade dispute that threatens global economic growth.

China targeted a "who's who" of American businesses, Wray said, though he did not name specific companies.

Zhu and Zhang were members of a hacking group known within the cyber security community as Advanced Persistent Threat 10, or the APT10 Group, U.S. authorities said. The defendants worked for a company in China called Huaying Haitai Science and Technology Development Company, or Huaying Haitai, they said.

"This campaign shows that elements of the Chinese government are not upholding the commitments China made directly to the UK in a 2015 bilateral agreement," the British government said in a statement.

This is the latest in a series of hacking cases brought by the United States against alleged Chinese hackers.

In October, the U.S. government charged Chinese intelligence officers with conspiring with hackers and company insiders to break into private companies' computer systems and steal information on a turbo fan engine used in commercial jetliners. The same month, the Justice Department arrested an alleged spy for China's Ministry of State Security on charges of economic espionage and attempting to steal U.S. aviation trade secrets.

In September, a Chinese national who had enlisted in the U.S. Army Reserve was arrested in Chicago for working for Chinese intelligence to recruit engineers and scientists, including some who worked for U.S. defence contractors.

Australia, Canada, Japan, the Netherlands, New Zealand and Sweden also were expected to denounce Chinese cyber efforts, according to a source who spoke on condition of anonymity.

"It is a sign that the United States is building an international coalition to hold China accountable for its egregious behaviour," said Dmitri Alperovitch, chief technology officer of cyber security technology company CrowdStrike.

The Chinese embassy in Washington and NASA did not immediately respond to requests for comment. The Navy referred questions to the FBI.

The hacking effort, which U.S. officials said began in 2006 and ran through 2018, is considered a major threat by private-sector cyber security researchers and government investigators because of the scale of the intrusions.

The defendants were charged with spying on some of the world's largest companies by hacking into technology firms to which they outsource email, storage and other computing tasks, starting in 2014.

Over the past several years, as companies around the globe have sought to cut down information technology spending, they have increasingly relied on outside contractors to store and transfer data.

When a managed service provider is hacked, it can unintentionally provide attackers access to secondary victims who are customers of that company and have their computer systems connected to them, according to experts.