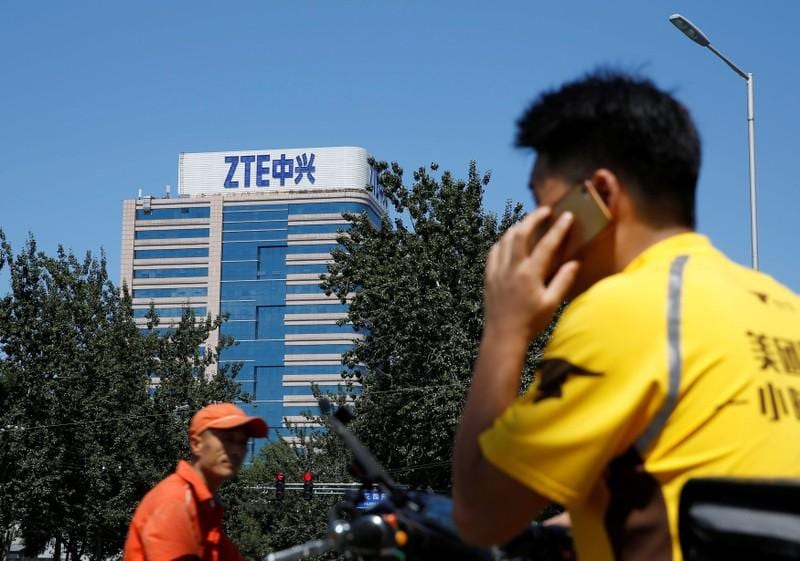 WASHINGTON (Reuters) - Republican and Democratic U.S. senators introduced a bill on Tuesday that would reimpose sanctions on China's ZTE Corp <0763.HK> <000063.SZ> if it does not fully comply with U.S. laws and an agreement with the Trump administration that ended stiff restrictions on the telecommunications equipment company.

President Donald Trump angered many members of Congress, including some of his fellow Republicans, in July when he decided to lift a ban on U.S. companies selling to ZTE, allowing the giant company to resume business.

Lawmakers have introduced several pieces of legislation since then that seek to clamp down on the company, China's second largest telecommunications equipment maker. Most have failed to advance in the face of administration opposition.

Senate aides said they thought this measure - focused on adherence to an agreement reached by Trump's Commerce Department - would get support from congressional leadership.

Among other things, the latest measure, introduced by three Republicans and three Democrats, would require reports from the Commerce Department every 90 days on ZTE's compliance with the agreement and sharing with congressional committees ZTE audits conducted under the agreement.

If ZTE is not in compliance, it would face stiff penalties, including paying $400 million now held in escrow.

"This bipartisan legislation would ensure that if ZTE once again violates trade restrictions or its agreement with the U.S., it will be held accountable in a significant, painful way," said Senator Mark Warner, the top Democrat on the Senate Intelligence Committee and a lead sponsor of the bill.