By Jane Chung SEOUL (Reuters) - U.S. oil prices on Thursday extended their sharp climb from the session before amid rising stock markets, but worries over a glut in crude supply and concerns over a faltering global economy kept a lid on gains 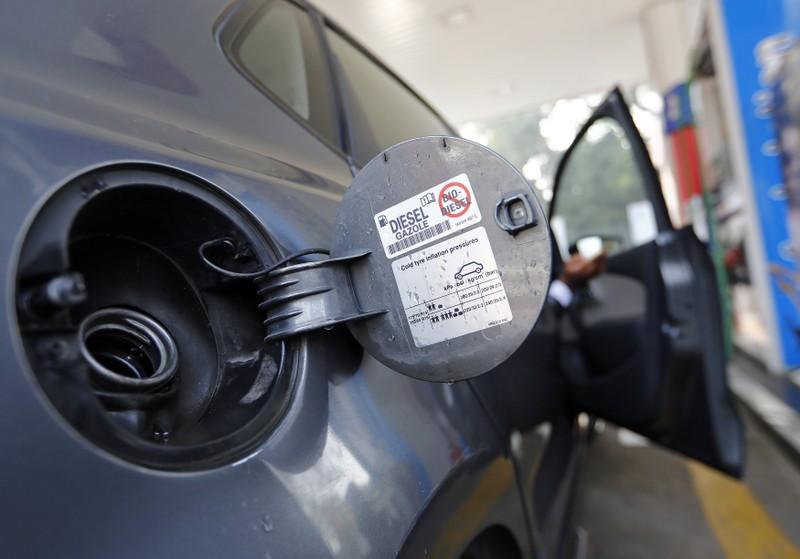 SEOUL (Reuters) - U.S. oil prices on Thursday extended their sharp climb from the session before amid rising stock markets, but worries over a glut in crude supply and concerns over a faltering global economy kept a lid on gains.

Global stocks rebounded on Wednesday on the back of the Trump administration's attempt to shore up investor confidence and a report on strong U.S. holiday spending. [MKTS/GLOB]

However, both crude benchmarks are still down roughly 40 percent from highs in October, pressured by concerns about oversupply and over the outlook for the global economy.

"Oil prices have rebounded following the stock market's move, but they are still low," said Shim Hye-jin, a commodity analyst at Samsung Securities in Seoul.

"But if OPEC's cuts are fulfilled, WTI prices are expected to rise to $50-60 a barrel, while Brent is expected to go up to between $58-70 a barrel next year."

The Organisation of the Petroleum Exporting Countries (OPEC) and its allies including Russia, agreed at a meeting earlier this month to limit output by 1.2 million barrels per day starting in January.

Offering further support to oil prices, U.S. crude inventories were forecast to drop 2.7 million barrels in the week to Dec. 21, marking their fourth straight week fall, according to a preliminary Reuters poll on Wednesday.

The American Petroleum Institute's (API) inventory data is due on Thursday, while the U.S. Department's Energy Information Administration (EIA) is set to release its report on Friday.