By Lisandra Paraguassu and Andrea Shalal BRASILIA/WASHINGTON (Reuters) - The U.S. government stepped up an offensive on Tuesday to keep China's Huawei Technologies out of Brazil's 5G market, with Washington offering to finance purchases by Brazilian telecom companies of equipment from its competitors. During a visit to Brasilia, officials of the U.S 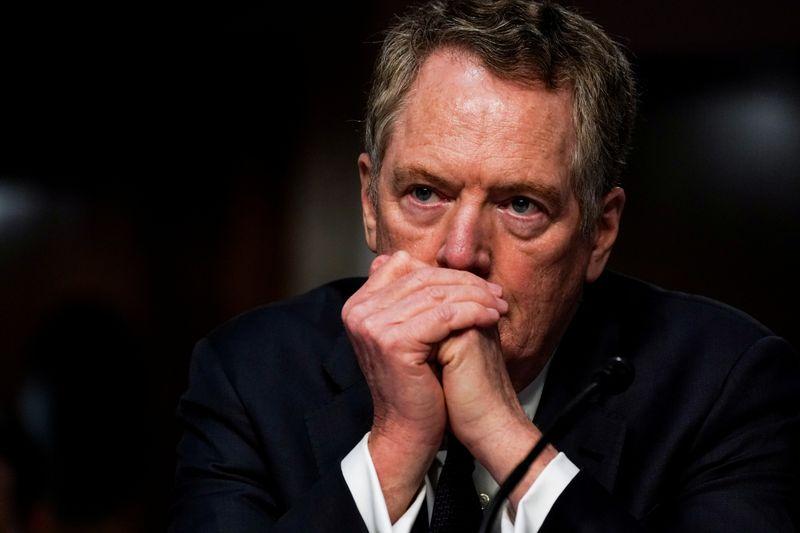 By Lisandra Paraguassu and Andrea Shalal

BRASILIA/WASHINGTON (Reuters) - The U.S. government stepped up an offensive on Tuesday to keep China's Huawei Technologies out of Brazil's 5G market, with Washington offering to finance purchases by Brazilian telecom companies of equipment from its competitors.

During a visit to Brasilia, officials of the U.S. International Development Finance Corporation (DFC), the U.S. EXIM bank and the National Security Council told reporters that funding was available to buy equipment from other companies.

The U.S. delegation was headed by National Security adviser Robert O'Brien, who met with Bolsonaro before they attended the signing of an EXIM bank financing agreement that identifies areas of business cooperation that includes 5G telecoms.

In Washington, top U.S. officials urged Brazil to carefully monitor Chinese investments in Brazil and moves by Beijing to expand its influence in Latin America's largest economy through sale of 5G technology by Huawei.

U.S. Trade Representative Robert Lighthizer said trade agreements reached with Brazil on Monday would pave the way for further negotiations on steel, ethanol and sugar, and promote greater U.S. investment as Washington moves to provide a counter-weight to China's expansion in the region.

"I would say clearly there is a China element ... in everything that all of us do," Lighthizer told an event hosted by the U.S. Chamber of Commerce. "China has made a very significant move in Brazil. They're Brazil's biggest trading partner, so it's something that we're concerned about."

"We have encouraged Brazil .. to try to work together to make sure that we watch China carefully with respect to all manner of technology and telephoning and 5G," he told the event.

Washington believes Huawei would hand over data to the Chinese government for spying, a claim Huawei denies.

Brazil plans to auction 5G frequencies next year to telecom companies operating in Brazil, many of which already buy from Huawei and would like to continue doing for their 5G networks because the Chinese equipment is cheaper.

DFC Managing Director Sabrina Teichman said 20% of its $135 billion portfolio was available for commercial deals with companies that wanted to partner with the United States as part of the Trump administration's China and Transformational Exports program, which is aimed at neutralizing Chinese competition.

"We have equity financing and we also have debt financing and those plans are available to Brazilian companies" that are looking to acquire new technology," she told the reporters.

"We are looking forward to supporting the Brazilian telecom sector," she added.

(Reporting by Lisandra Paraguassu in Brasilia and Andrea Shalal in Washington; writing by Anthony Boadle; Editing by David Gregorio)