By Lucia Mutikani WASHINGTON (Reuters) - Sales of new U.S. single-family homes rose to a near 1-1/2-year high in March, boosted by lower mortgage rates and house prices. The third straight monthly increase reported by the Commerce Department on Tuesday suggested some recovery was under way in the housing market, which hit a soft patch last year against the backdrop of higher borrowing costs and more expensive homes. 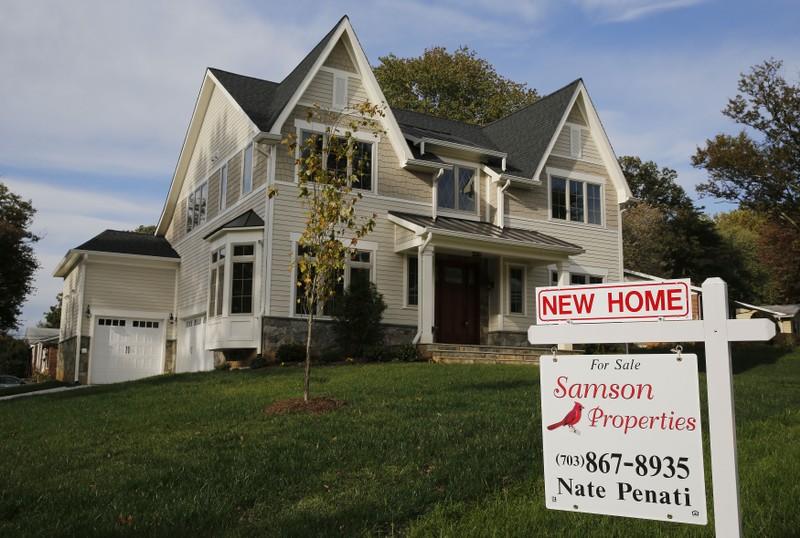 The third straight monthly increase reported by the Commerce Department on Tuesday suggested some recovery was under way in the housing market, which hit a soft patch last year against the backdrop of higher borrowing costs and more expensive homes.

"In this housing market, affordability for buyers is key," said Danielle Hale, chief economist at realtor.com. "This trend supports the fact that lower mortgage rates have started to entice buyers this spring and foreshadows a potential strengthening of existing home sales in the months to come."

New home sales increased 4.5 percent to a seasonally adjusted annual rate of 692,000 units last month, the highest level since November 2017. February's sales pace was revised down to 662,000 units from the previously reported 667,000 units. Economists polled by Reuters had forecast new home sales, which account for 11.7 percent of housing market sales, decreasing 2.5 percent to a pace of 650,000 units in March.

New home sales are drawn from permits and tend to be volatile on a month-to-month basis. They increased 3.0 percent from a year ago. The median new house price dropped 9.7 percent to $302,700 in March from a year ago, the lowest level since February 2017. The drop was because of an increase in the share of homes sold in the $200,000-$300,000 price range.

Away from the new housing market, overall house price inflation is slowing. A separate report on Tuesday showed the Federal Housing Finance Agency (FHFA) house price index rose a seasonally adjusted 4.9 percent in February from a year ago.

That was the smallest gain since early 2015 and followed a 5.6 percent increase in January.

The FHFA's index is calculated by using purchase prices of houses financed with mortgages sold to or guaranteed by mortgage finance companies Fannie Mae and Freddie Mac. The moderation in house prices was set in motion by last year's slackening in demand, which was triggered by higher mortgage rates.

The 30-year fixed mortgage rate has dropped by about 80 basis points since November, according to data from Freddie Mac. That followed a recent decision by the Federal Reserve to suspend its three-year monetary policy tightening campaign. Wage growth has picked up, also making home purchasing more affordable for some working Americans.

New home sales have not been as severely impacted by the supply problems that have plagued the market for previously owned homes. A report on Monday showed home resales tumbled in March, weighed down by a persistent shortage of lower-priced houses.

"We expect that a slowing economy will keep housing demand in check, and house price growth will continue to slow to around 2 percent by the end of 2019," said Matthew Pointon, property economist at Capital Economics in New York.

Economists believe housing probably remained a drag on gross domestic product in the first quarter. Investment in homebuilding contracted 0.3 percent in 2018, the biggest drop since 2010.

There were 344,000 new homes on the market last month, down 0.3 percent from February. At March's sales pace it would take 6.0 months to clear the supply of houses on the market, down from 6.3 months in February. About 62 percent of the houses sold last month were either under construction or yet to be built.