By Lucia Mutikani WASHINGTON (Reuters) - U.S. job openings rebounded from an 18-month low in October and layoffs declined sharply, which could ease some fears that demand for workers was ebbing. 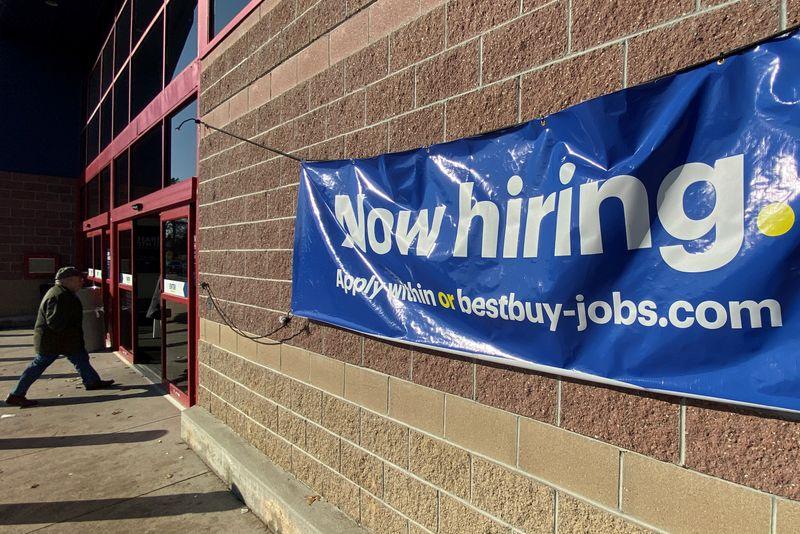 WASHINGTON (Reuters) - U.S. job openings rebounded from an 18-month low in October and layoffs declined sharply, which could ease some fears that demand for workers was ebbing.

Job openings, a measure of labor demand rose 235,000 to 7.27 million, the Labor Department said in its monthly Job Openings and Labor Turnover Survey, or JOLTS, on Tuesday. But the rise did not recoup all of the drop of 269,000 in September, which pushed vacancies down to their lowest level since March 2018.

Vacancies have been trending lower this year since hitting an all-time high of 7.63 million in late 2018. Job openings in October were led by the retail trade sector, which saw an increase of 125,000 unfilled jobs.

Vacancies in the finance and insurance industry rose by 56,000 jobs and there were an additional 50,000 open jobs in the durable goods manufacturing industry.

"The numbers should calm worries that employer demand for workers is drying up," said Julia Pollak, labor economist at ZipRecruiter. "Rather than falling substantially, job openings now appear to have remained fairly stable for over a year."

The job openings rate increased to 4.6% in October from 4.4% in September. But hiring decreased by 187,000 jobs to 5.76 million in October, concentrated in the private sector. The hiring rate dipped to 3.8% from 3.9% in September.

October's rebound in job openings suggests job growth could remain solid after nonfarm payrolls surged by 266,000 jobs in November, the most in 10 months.

"This may be the beginning of the end of the decline in demand for workers," said Nick Bunker, an economist at Indeed Hiring Lab. "Next year could see job openings start to grow once again."

With the labor market on solid footing, the number of workers voluntarily quitting increased by 41,000 jobs to 3.51 million in October. The quits rate, was, however, unchanged at 2.3%. The quits rate is viewed by policymakers and economists as a measure of job market confidence.

Layoffs dropped 202,000 to 1.77 million in November. Layoffs decreased in the accommodation and food services industry and other services, but rose in federal government as temporary workers hired for the 2020 Census completed their duties. The layoffs rate dipped to 1.2% from 1.3% in September.