By Lucia Mutikani WASHINGTON (Reuters) - U.S. homebuilding increased more than expected in November and permits for future home construction surged to a 12-1/2-year high as lower mortgage rates continue to boost the housing market and support the broader economy. The economy's near-term prospects were also bolstered by other data on Tuesday showing a strong rebound in manufacturing production in November as the return of formerly striking General Motors' workers boosted automobile output. 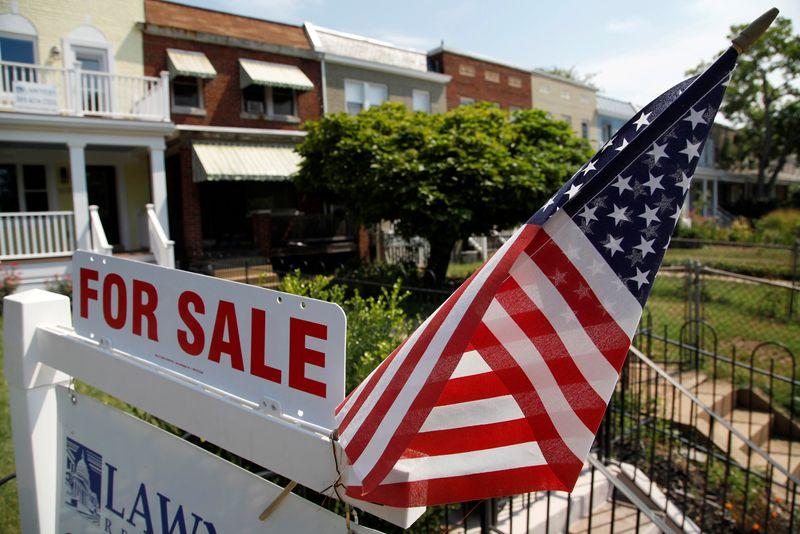 WASHINGTON (Reuters) - U.S. homebuilding increased more than expected in November and permits for future home construction surged to a 12-1/2-year high as lower mortgage rates continue to boost the housing market and support the broader economy.

But the economy's improving fortunes could prove temporary. Boeing

Boeing's biggest assembly-line halt in more than 20 years could wreak havoc on supply chains, and offset some of the lift to business confidence from easing trade tensions. The production stoppage is expected to undercut manufacturing and exports, and ultimately crimp economic growth.

"The economy never seems to be fully out of the woods," said Chris Rupkey, chief economist at MUFG in New York.

Housing starts rose 3.2% to a seasonally adjusted annual rate of 1.365 million units last month, with single-family construction racing to a 10-month high and activity in the volatile multi-family sector increasing for a second straight month. Data for October was revised higher to show homebuilding rising to a pace of 1.323 million units, instead of advancing to a rate of 1.314 million units as previously reported.

Economists polled by Reuters had forecast housing starts increasing to a pace of 1.345 million units in November.

Starts in the South, which accounts for the bulk of homebuilding activity, surged to the highest level since March 2007. But homebuilding in the Midwest tumbled, likely pulled down by unseasonably cold temperatures and snowstorms.

Overall housing starts jumped 13.6% on a year-on-year basis in November. Building permits increased 1.4% to a rate of 1.482 million units in November, the highest level since May 2007.

The dollar rose against a basket of currencies, while U.S. Treasury prices fell. Stocks on Wall Street were mixed, with Boeing shares declining.

The housing market is regaining momentum after the Federal Reserve cut interest rates three times this year, pushing down mortgage rates from last year's multi-year highs. A survey on Monday showed confidence among homebuilders jumped in December to the highest level since June 1999.

But scope for robust gains in the sector, which accounts for about 3.1% of the economy, is limited as builders complained they are "still underbuilding due to supply-side constraints like labour and land availability."

In addition to land and labour shortages, mortgage rates have backed up in recent weeks after the Fed signalled further rate cuts were unlikely. The U.S. central bank kept rates steady last week and indicated borrowing costs could remain unchanged at least through 2020.

The 30-year fixed mortgage rate has risen to 3.73% from a year-low of 3.49% in early September, but is still below its peak of 4.94% in November 2018, according to data from mortgage finance agency Freddie Mac.

Residential investment rebounded in the third quarter after contracting for six straight quarters, the longest such stretch since the 2007-2009 recession. It is expected to contribute to gross domestic product again in the fourth quarter.

The rebound in manufacturing production suggests the factory downturn is probably close to running its course. Manufacturing output is still expected to contract in the fourth quarter.

"This is a welcome shift after declines in three out of the four preceding months, but not the end of the struggles for manufacturing," said Tim Quinlan, a senior economist at Wells Fargo Securities in Charlotte, North Carolina.

Single-family homebuilding, which accounts for the largest share of the housing market, increased 2.4% to a rate of 938,000 units in November, the highest level since January. Single-family housing starts rose in the West and Northeast, but fell in the Midwest and the South.

Though housing completions dropped 6.6% to 1.188 million units last month, there was a surge in the number of houses under construction. Realtors estimate that housing starts and completion rates need to be in a range of 1.5 million to 1.6 million units per month to bridge the inventory gap.

"We are still at least several more years from returning to historical averages of home building, but these numbers show not only more inventory for buyers, but also a small boost to the economy given the home building industry is ramping up," said Robert Frick, corporate economist at Navy Federal Credit Union in Vienna, Virginia.