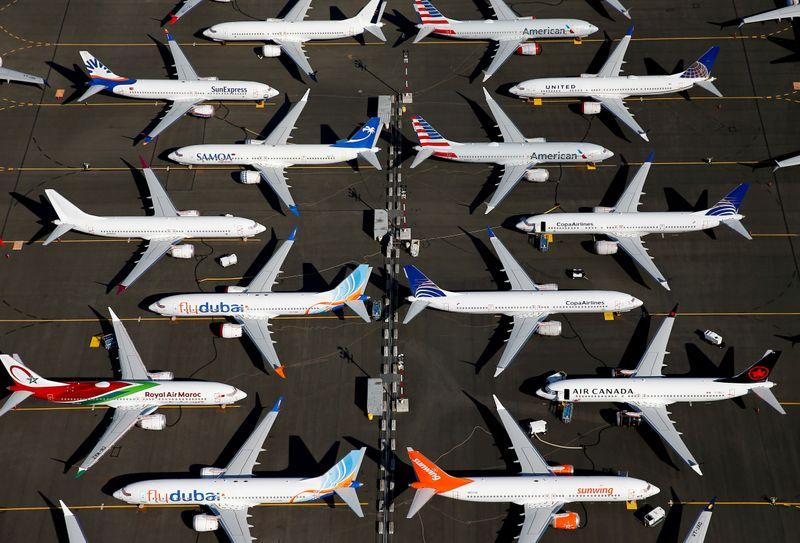 WASHINGTON (Reuters) - The U.S. House of Representatives is set to vote on Tuesday on bipartisan legislation to reform the Federal Aviation Administration’s (FAA) aircraft certification process after two fatal Boeing

The 737 MAX has been grounded since March 2019 but the FAA is set on Wednesday to approve the plane's return to service after a lengthy review, new software safeguards and training upgrades.

The House bill requires an expert panel to evaluate Boeing’s safety culture and recommend improvements, and mandates that aircraft manufacturers adopt safety management systems and complete system safety assessments for significant design changes. It also requires that risk calculations be based on realistic assumptions of pilot response time, and that risk assessments are shared with regulators.

The House Transportation and Infrastructure Committee approved the measure unanimously on Sept. 30.

Representative Peter DeFazio, the panel's chairman, told Reuters in a statement that the measure is "a strong bill that has support from both sides of the aisle and addresses something we all agree on — keeping people safe. There’s no reason to wait until the next Congress to get this done."

DeFazio, a Democrat, said the FAA failed to properly ensure the safety of the 737 MAX, and called aircraft certification "a broken system that broke the public's trust."

Boeing and the FAA declined to comment on the legislation.

A report released by DeFazio found the 737 MAX crashes were the "horrific culmination" of failures by Boeing and the FAA and called for urgent reforms.

The House bill would extend airline whistleblower protections to U.S. manufacturing employees, require FAA approval of new workers who are performing delegated certification tasks, and impose civil penalties on those who interfere with the performance of FAA-authorized duties.

The panel's top Republican, Representative Sam Graves, said the bill "will help ensure the United States remains the gold standard in aviation safety and maintain our competitiveness in the aerospace sector because we were able to leave partisan politics at the door (and) adhere to the experts’ conclusions that our system should be improved but not dismantled."

It is unclear if the U.S. Senate will take up the measure before the current Congress expires this year.