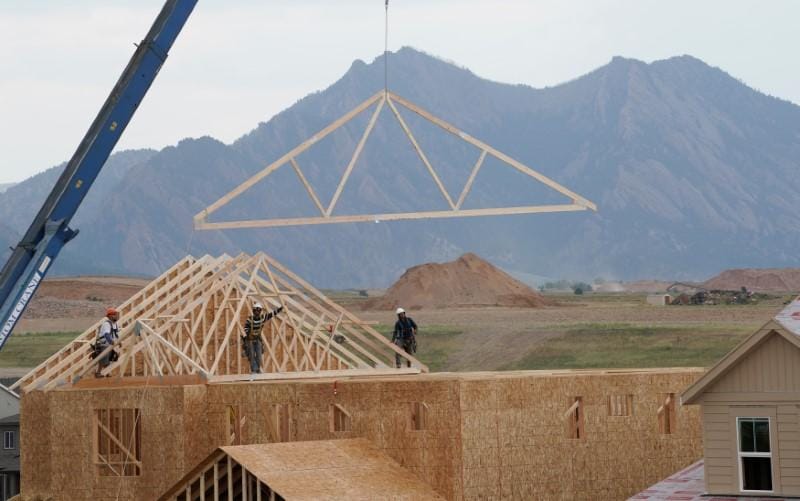 The report on Monday from the National Association of Realtors (NAR) added to last week's soft homebuilding data in suggesting that the housing market lagged an apparent acceleration in economic growth in the second quarter.

While supply constraints have accounted for the weak sales streak, there are growing concerns that the higher house prices and rising mortgage rates will cause demand to slow.

"The overall economy is in great shape, but there are a few cracks in the armor," said Joel Naroff, chief economist at Naroff Economic Advisors in Holland, Pennsylvania. "The key housing market is suffering from a major case of agita."

Economists polled by Reuters had forecast existing home sales gaining 0.5 percent in June. Sales rose in the Northeast and Midwest. They fell in the West, which has seen a sharp rise in prices, and the South, where most of the homes are sold.

Existing home sales, which make up about 90 percent of U.S. home sales, dropped 2.2 percent from a year ago in June. They have declined on a year-over-year basis for four consecutive months and decreased 2.2 percent in the first half of 2018.

Sales are being stymied by an acute shortages of homes on the market. Rising building materials costs as well as shortages of land and labor have left builders unable to bridge the inventory gap, pushing up house prices.

The median house price increased 5.2 percent from a year ago to an all-time high of $276,900 in June. That was the 76th consecutive month of year-on-year price gains.

The 30-year mortgage rate is around 4.52 percent, according to data from mortgage finance agency Freddie Mac. In contrast, annual wage growth has been stuck below 3 percent.

The PHLX housing index declined, underperforming a broadly flat stock market. Prices for U.S. Treasuries were trading lower, while the dollar rose against a basket of currencies.

Growth estimates for the April-June period are as high as a 5.2 percent annualized pace. The economy grew at a 2.0 percent rate in the first quarter, with residential investment contracting. The government will publish its snapshot of second-quarter GDP growth on Friday.

"Residential construction won't add much to second-quarter GDP growth," said Sal Guatieri, a senior economist at BMO Capital Markets in Toronto. "Thankfully, there are still plenty of other cylinders - consumers, businesses and exporters - to fuel this economy amid turbo-charged fiscal policies."

Housing supply is especially tight at the lower end of the market, with sales dropping 18 percent in June from a year ago.

There were 1.95 million previously owned homes on the market in June, up 0.5 percent from a year ago. That was the first year-on-year increase since June 2015, but supply remains very tight. At June's sales pace, it would take 4.3 months to exhaust the current inventory, up from 4.1 months in May.

A six-to-seven-month supply is viewed as a healthy balance between supply and demand. While last month's increase in the stock of houses on the market suggested that the inventory decline had probably run its course, the supply crunch is unlikely to ease soon.

The Commerce Department reported last week that housing starts tumbled 12.3 percent to a rate of 1.173 million units in June, the lowest level in nine months, and well below the 1.5 million to 1.6 million units per month range that realtors estimate is needed to alleviate the shortage.

Houses for sale typically stayed on the market for 26 days in June, unchanged from the last three months and down from 28 days a year ago. Fifty-eight percent of homes sold in June were on the market for less than a month. The share of first-time buyers was unchanged at 31 percent last month.