By Jason Lange WASHINGTON, (Reuters) - U.S. factories ramped up production in late April and early May despite the risk of a global trade war, but soft consumer spending kept the economy growing at a moderate rate, the Federal Reserve reported on Wednesday. 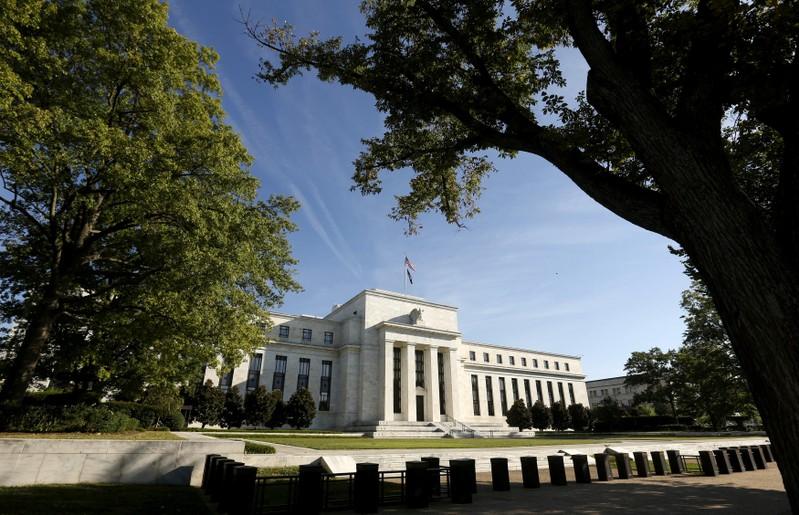 WASHINGTON, (Reuters) - U.S. factories ramped up production in late April and early May despite the risk of a global trade war, but soft consumer spending kept the economy growing at a moderate rate, the Federal Reserve reported on Wednesday.

In its periodic "Beige Book" summary of contacts with businesses in its 12 regional districts, the U.S. central bank pointed to strong output in fabricated metals, heavy machinery and electronics equipment.

The assessment of growth across the economy represented a slight upgrade from the Fed's prior Beige Book report, which said economic activity was expanding at a "modest to moderate pace."

"Manufacturing shifted into higher gear," the Fed said in its latest report.

More than half of the Fed's districts reported a pickup in industrial activity, and a third of them reported the activity as "strong."

Still, manufacturers worried that tensions between the United States and its trading partners, notably China, could lead to higher tariffs across the world.

"The major concern manufacturers expressed was trade policy," the Fed said, referring to comments from business contacts in its Boston district, where a maker of testing equipment said it might move some production to Europe to avoid Chinese retaliation for increases in U.S. tariffs.

The Minneapolis Fed's contacts said they were worried about how recent tariff announcements on steel and aluminum could affect supply chains. The Trump administration has announced tariffs on steel imports from many countries including China while Beijing has targeted U.S. aluminum and other goods.

Only the Dallas Fed found overall economic activity had "sped up to a solid pace," according to the report. Across the country, growth in auto sales was flat and retail sales excluding autos eased.

The Fed's districts reported modest-to-moderate growth in employment while contacts said the labor market remained tight. Wage increases, however, were reported to be modest.

The Beige Book was prepared by the Federal Reserve Bank of Cleveland based on information collected on or before May 21.