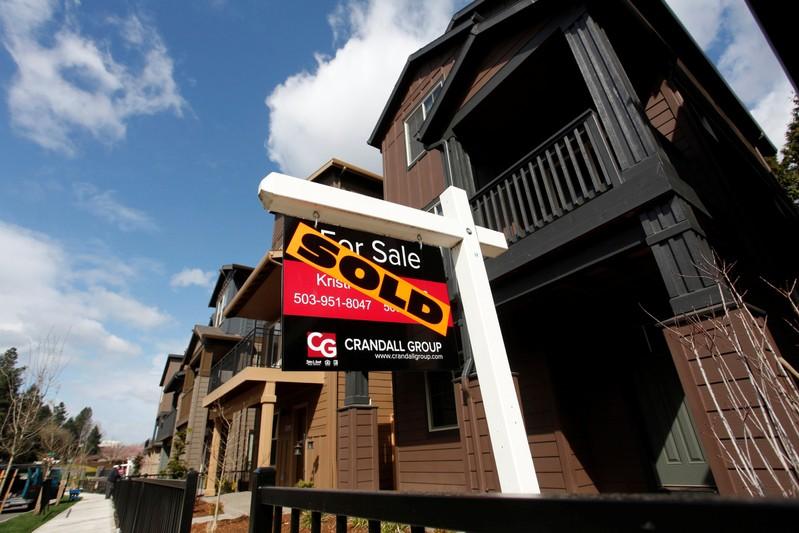 There are concerns that the persistent housing market weakness could spill over to the broader economy, which continues to be bolstered by robust consumer spending.

The softening housing market is not expected to discourage the Federal Reserve from raising interest rates when officials wrap up a two-day policy meeting on Wednesday. The U.S. central bank has increased borrowing costs three times this year.

"The trend in housing is clearly slowing as affordability takes a bite," said Jennifer Lee, a senior economist at BMO Capital Markets in Toronto.

Economists polled by Reuters had forecast existing home sales falling 0.6 percent to a rate of 5.20 million units in November.

But in November existing home sales, which make up about 90 percent of U.S. home sales, tumbled 7.0 percent from a year ago, the largest annual drop since May 2011.

Sales are down 2.3 percent in the first 11 months of 2018 compared to the same period last year.

The housing market is being constrained by higher mortgage rates as well as land and labor shortages, which have led to tight inventory. Though house price inflation has slowed significantly, it continues to outpace wage growth, sidelining some first-time homebuyers.

The PHLX housing index was trading higher, in line with a broadly firmer U.S. stock market amid optimism that the Fed will signal fewer interest rate increases for 2019. The dollar fell against a basket of currencies, while U.S. Treasury prices were mixed.

A separate report from the Mortgage Bankers Association on Wednesday showed applications for loans for purchase a home tumbled almost 7 percent last week from the previous week.

"We think the drag from rates will persist into 2019," said Daniel Silver, an economist at JPMorgan in New York.

Last month, existing home sales rose in the Northeast, Midwest and populous South. They fell in the West, which the NAR said was experiencing a marked shift from very fast sales and exorbitant prices to slowing demand and price growth.

There were 1.74 million previously owned homes on the market in November, up from 1.67 million a year ago. The inventory crunch is easing as demand moderates especially in the West, which had seen intense bidding wars.

At November's sales pace, it would take 3.9 months to exhaust the current inventory, down from 4.3 months in October and up from 3.5 months a year ago. A six-to-seven-month supply is viewed as a healthy balance between supply and demand.

The median existing house price increased 4.2 percent from a year ago to $257,700 in November.

There were still some hot housing markets last month in some metro areas in Texas, Ohio, Indiana and Massachusetts.

According to the NAR, sales were slowing in the upper end of the market. It said inventory remained tight on the lower end, which accounts for a large portion of the housing market.