By Shrutee Sarkar and Indradip Ghosh BENGALURU (Reuters) - A now-robust U.S. economy will soon lose momentum on rising interest rates and escalating trade disputes, according to economists polled by Reuters who nonetheless gave just a one-in-three chance of a recession over the next two years. 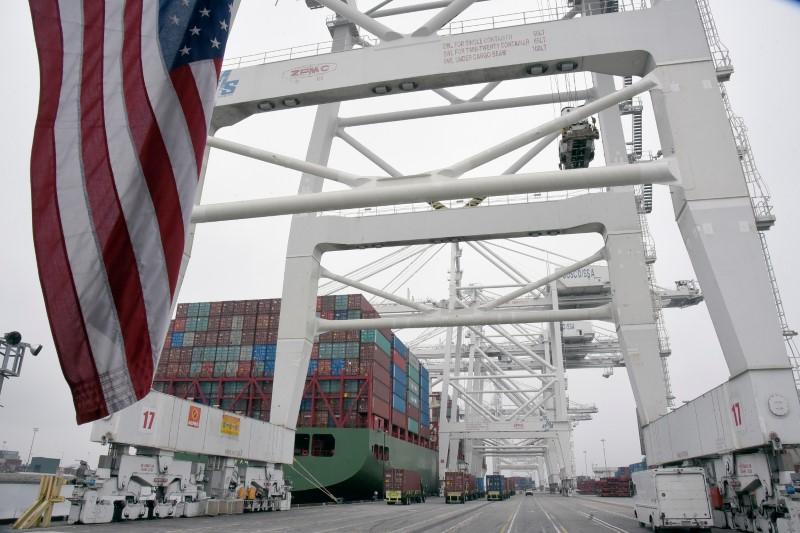 BENGALURU (Reuters) - A now-robust U.S. economy will soon lose momentum on rising interest rates and escalating trade disputes, according to economists polled by Reuters who nonetheless gave just a one-in-three chance of a recession over the next two years.

The July 18-23 poll of over 100 forecasters showed the U.S. economy, set to hit a growth rate of 4.1 percent in the quarter just ended, will lose some of its shine with growth easing each quarter, slipping to about half that rate in the final three months of 2019.

"The upcoming GDP report (for Q2) is likely to be impressive, but we do not expect similar results in coming quarters. Some of the engines that fuelled activity in the trade sector are likely to be temporary," said Michael Moran, chief economist at Daiwa Capital Markets.

"We suspect that hindsight will show Q2 to be a spurt in growth rather than the beginning of a firmer trajectory."

Economists have ratcheted up forecasts for the April-June quarter based on huge tax cuts for businesses and individuals that were passed late last year.

Similarly, every one of last year's top 10 most accurate forecasters who provided a quarterly figure predicted GDP growth of 4 percent or higher in the second quarter. But all of them expect that to be a peak, too.

That is largely attributed to U.S. President Donald Trump's promise for more import tariffs and increasing concerns of further retaliation from China and other trading partners and its impact.

With the Federal Reserve's preferred inflation gauge hitting its target of 2 percent in May for the first time in six years and set to rise further, the central bank is expected to plough ahead with its planned interest rate hikes.

While all economists polled forecast the Fed to keep rates on hold when it meets July 31-Aug 1, the central bank was expected to hike by 25 basis points in September and once more before the end of this year, taking the fed funds rate to 2.25-2.50 percent.

But the median showed only two hikes next year, compared to three increases based on the Fed's own dot plots.

"Strong economic growth and rising core inflation should prompt the Fed to raise rates four times over the next 12 months," wrote Paul Ashworth, chief U.S. economist at Capital Economics, in a note to clients.

"But our non-consensus view is that the slowdown in GDP growth, beginning in the second half of 2019, will force the Fed to move to the side lines initially, and then to cut interest rates in 2020."

While the escalating trade conflict may hurt sentiment and confidence, Trump on Friday said he was ready to impose further tariffs on all $500 billion of imported goods from China. Some economists are starting to sound the alarm.

"While the U.S. is not an export-oriented economy, many key industries are reliant on global value chains to remain competitive. Trade conflict, in combination with other negative economic shocks, could bring the next recession forward."

Still, 60 percent, or 33 of 55 economists who answered an additional question, said the U.S. administration's pursuit of tariffs was not likely to bring forward the next recession.

"I am kind of assuming that trade tensions won't keep escalating," said Jim O'Sullivan, U.S. economist at High Frequency Economics. "I think it's the biggest source of downside risk in the year ahead. But in the end I am assuming that the trade war doesn't drag us into a recession."

The median probability of a U.S. recession in the next two years remained unchanged at 35 percent compared to a June poll, higher than the 30 percent chance of that happening in Britain and 25 percent probability of one in the euro zone.

Another notable change was the range of forecasts which showed a higher high - an 80 percent chance of a U.S. recession by 2020 compared to 75 percent last month.

One financial market indicator, though, is showing clear red signals. The U.S. Treasury yield gap between two- and 10-year notes is at its narrowest in nearly 11 years and the yield curve - a solid predictor of previous recessions when it inverts - is expected to flatten further.