By Lucia Mutikani WASHINGTON (Reuters) - The U.S. Commerce Department's Bureau of Economic Analysis said on Monday it was delaying the release of advance fourth-quarter gross domestic product data scheduled for Wednesday because of the just-ended five-week partial government shutdown 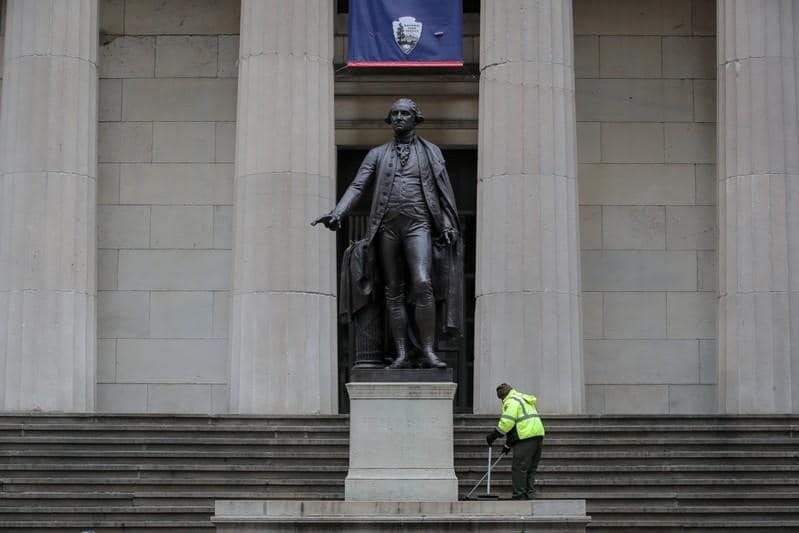 WASHINGTON (Reuters) - The U.S. Commerce Department's Bureau of Economic Analysis said on Monday it was delaying the release of advance fourth-quarter gross domestic product data scheduled for Wednesday because of the just-ended five-week partial government shutdown.

The record-long shutdown prevented the collection of reports ranging from retail sales to construction spending, which go into the calculation of the GDP report. Economists, investors and businesses count on data from the Commerce Department agencies, including the Census Bureau, which were shuttered during the 35-day partial closure of the government.

BEA spokesman Thomas Dail said no new release dates had been set for the postponed reports and that the agency was consulting with Census and other data suppliers to determine the availability of data used to produce economic indicators.

"Until we know more about when source data will be available, we cannot say anything definitive about release dates for specific economic indicators," said Dail. "We will work through this as quickly as possible and provide information as soon as we can."

The government shutdown, which ended on Friday, has also delayed the release of December personal income report due on Thursday and trade data, which was scheduled for next Tuesday. December reports on durable goods orders, retail sales, housing starts and new home sales have also been postponed.

The Census Bureau said it was updating its 2019 economic indicator release calendar in coordination with other agencies and would publish the new schedule as soon as it becomes available. White House economic adviser Larry Kudlow told reporters on Monday that "we're going to get a GDP report probably next week."

But with much of the source data not available, Robert Shapiro, a former under secretary of commerce for economic affairs in the Clinton administration, cautioned that the release of the advance fourth-quarter GDP report could take a while.

"It's more likely that they will put it off for a couple of weeks," said Shapiro, now a senior fellow at the Georgetown McDonough School of Business in Washington. "The underlying data is just not there, they have not collected anything for December."

One major report due this week should not be affected. The monthly nonfarm payrolls report will be issued as scheduled on Friday because it is compiled by another agency, the Bureau of Labor Statistics, which did not lose funding during the shutdown.

The government reopened fully on Monday after President Donald Trump and Congress agreed on temporary funding - without the $5.7 billion he demanded toward building his long-promised wall along the U.S.-Mexico border. Lawmakers have until Feb. 15 to address border security to avoid another closure.

According to a report by the nonpartisan Congressional Budget Office, the longest government shutdown in the country's history cost the economy about $11 billion.

The delayed November reports could be released soon as most of the information needed was most likely collected before Dec. 22, when about one-quarter of federal agencies were shuttered.

Based on what happened after the October 2013 government shutdown, the BEA and Census Bureau could publish the delayed December reports as multiple releases.

The data void is a headache for businesses, including manufacturers, farmers, retailers, builders and others who rely on the reports in making decisions on capital spending, production and managing inventory, among other activities.

It has left in the dark government and private economists who count on the reports to assemble a full picture of the health of the U.S. economy. Financial market participants also need them to guide asset allocation decisions.

Officials at the Federal Reserve will gather on Tuesday for a two-day policy meeting without key information on the economy.

"No doubt the delayed release of economic indicators due to the partial federal government shutdown has restricted Fed officials' ability to gauge underlying trends in economic growth and inflation with a high degree of confidence," said Sam Bullard, a senior economist at Wells Fargo Securities in Charlotte, North Carolina.