By Collin Eaton HOUSTON (Reuters) - U.S. oil futures rose 1.7% on Thursday, lifted by a deep draw on U.S. crude inventories, especially at the benchmark's delivery hub due to increased demand with the start-up of two new West Texas pipelines 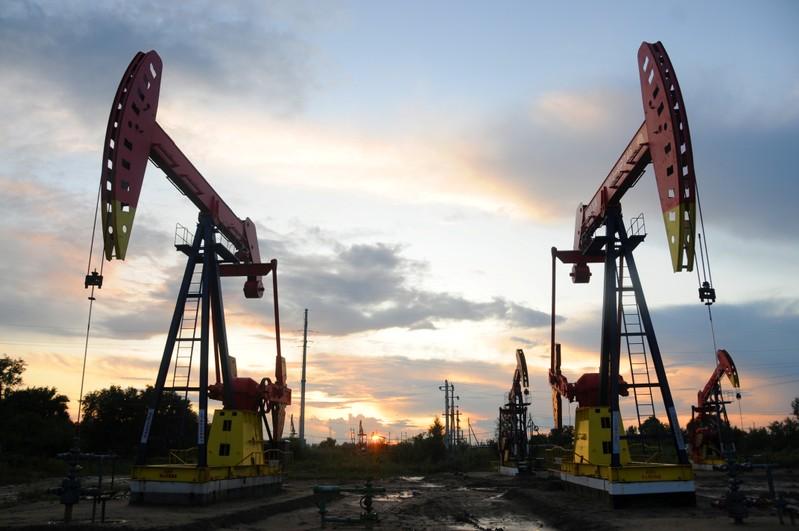 HOUSTON (Reuters) - U.S. oil futures rose 1.7% on Thursday, lifted by a deep draw on U.S. crude inventories, especially at the benchmark's delivery hub due to increased demand with the start-up of two new West Texas pipelines.

The approach of Hurricane Dorian toward Florida also raised fears that offshore U.S. crude producers may slow output if the storm passes into the Gulf of Mexico over the weekend, analysts said.

"There's a storm premium in the WTI price," said Phil Flynn, an analyst at Price Futures Group in Chicago. "The track of the storm is kind of dangerous for Gulf of Mexico production."

Dorian is forecast to strengthen and become a highly dangerous Category 4 hurricane on Sunday, the National Hurricane Center said.

Last month, Hurricane Barry had prompted offshore oil companies to shut as much as 74% of production, lifting U.S. crude prices, before it weakened to a tropical storm in Louisiana.

Government data on Wednesday showed U.S. crude stocks dropped last week by 10 million barrels to their lowest since October as imports slowed, while gasoline and distillate stocks each fell by over 2 million barrels. [EIA/S]

Inventories at the nation's main delivery hub in Cushing, Oklahoma, where WTI futures are priced, slumped last week by nearly 2 million barrels to their lowest since December, the data showed.

The drop came after two new pipelines opened in the Permian Basin this month, flowing crude to the U.S. Gulf Coast and tightening supplies at Cushing.

"The market is bid on filling these lines," said Robert Yawger, an analyst at Mizuho in New York. "Things have changed drastically in just two or three weeks. And you're going to have another big pipeline that's going to continue to change the math."

On Wednesday, EPIC proposed to lower transportation rates on its 400,000 bpd line to $1.35 a barrel from $2.50, effective Sept. 1, according to U.S. regulatory filings. Cheaper rates will encourage greater flows to the coast and reduce deliveries into Cushing, analysts said.

Concerns about a slowdown in economic growth due to the U.S.-China trade war raging between the world's biggest oil consumers, along with the potential hit to oil demand, are keeping prices in check.

China's commerce ministry said on Thursday China and the United States were discussing the next round of face-to-face trade talks scheduled for September, but hopes for progress hinged on whether Washington could create favourable conditions.

Media reports that China will not retaliate anytime soon against the United States because of new U.S. tariffs "is tamping down fears of the trade wars," said Gene McGillian, vice president of market research at Tradition Energy in Stamford, Connecticut.

(Additional reporting by Ahmad Ghaddar in London, Aaron Sheldrick in Tokyo and Julia Payne in London; Editing by Marguerita Choy and Richard Chang)