By Lucia Mutikani WASHINGTON (Reuters) - U.S. consumer sentiment dropped to near a 3-1/2-year low in March as the coronavirus epidemic upended life for Americans, and consumer spending was sluggish in February, strengthening economists' expectations of a deep recession. The reports on Friday followed on the heels of data on Thursday that showed the number of Americans filing for unemployment benefits rocketed to a record 3.28 million last week, eclipsing the previous record of 695,000 set in 1982 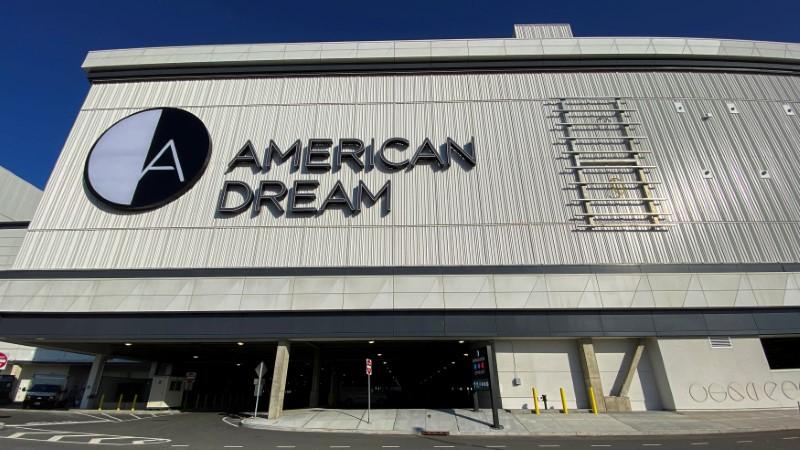 WASHINGTON (Reuters) - U.S. consumer sentiment dropped to near a 3-1/2-year low in March as the coronavirus epidemic upended life for Americans, and consumer spending was sluggish in February, strengthening economists' expectations of a deep recession.

The reports on Friday followed on the heels of data on Thursday that showed the number of Americans filing for unemployment benefits rocketed to a record 3.28 million last week, eclipsing the previous record of 695,000 set in 1982.

The highly contagious virus, which causes a respiratory illness called COVID-19, is wreaking havoc on the economy, prompting the Federal Reserve to take extraordinary measures and the U.S. Congress to assemble a record $2 trillion stimulus. Economists say the economy is already in recession.

"People are struggling to understand the magnitude and duration of the economic shock from COVID-19," said Chris Low, chief economist at FHN Financial in New York. "Job losses are the most vivid demonstration of the new reality. As the reality sinks in, confidence is likely to fall into the mid-50s by May."

The University of Michigan's Consumer Sentiment Index fell to a reading of 89.1 this month, the lowest level since October 2016, from a final reading of 101.0 in February. It was the largest monthly drop in the index since October 2008, during the height of the financial crisis.

Economists polled by Reuters had forecast sentiment would drop to a final reading of 90.0 this month.

"Stabilizing confidence at its month's-end level will be difficult given surging unemployment and falling household incomes," Richard Curtin, chief economist for the Surveys of Consumers. "The extent of additional declines in April will depend on the success in curtailing the spread of the virus and how quickly households receive funds to relieve their financial hardships."

In a separate report on Friday, the Commerce Department said consumer spending, which accounts for more than two-thirds of U.S. economic activity, increased 0.2% last month as households spent more on electricity and gas, offsetting decreases in outlays on motor vehicles and parts as well as recreational goods. Last month's increase matched the gain in January and was in line with economists' expectations.

The United States now has the most coronavirus cases in the world, with more than 85,000. Governors in more than half of the nation's 50 states have ordered residents to stay mostly indoors, affecting over 100 million people.[nL1N2BK0KM]

Restaurants and bars have been shuttered, and airline travel severely curtailed, which economists say will greatly offset any boost to consumer spending from grocery purchases following a wave of panic buying as Americans prepared to hunker down.

When adjusted for inflation, consumer spending edged up 0.1% for a third straight month in February.

U.S. stocks were trading lower as investors' focus shifted from the stimulus efforts to the damaging toll the coronavirus is inflicting on the economy. The dollar <.DXY> fell against a basket of currencies. Prices of U.S. Treasuries were trading mostly higher.[nL4N2BK3TF]

With "social distancing" measures to contain the virus throwing millions out of work and severely curtailing discretionary spending, economists are predicting a moderate decline in consumer spending in the first quarter, which would give way to a sharper contraction in the second quarter.

"Social distancing measures taken in response to the fast-spreading coronavirus along with extreme financial market volatility will take a severe toll on the main engine of economic growth," said Lydia Boussour, a senior U.S. economist at Oxford Economics in New York.

Consumer spending grew at an annualized rate of 1.8% in the fourth quarter, slowing from the brisk 3.2% pace logged in the July-September period.

Labor market strength, which was driving a steady pace of wage growth, was the economy's main pillar of support. In February, personal income increased 0.6%, matching January's rise. Income was boosted by higher wages and government payments to farmers caught in the 20-month long U.S.-China trade war.

Wages advanced 0.5% last month. Income, excluding government subsidies, will be closely watched for clues on the magnitude of the anticipated economic downturn.

Income is one of the four monthly indicators tracked by the National Bureau of Economic Research, the prestigious private research institute that is regarded as the arbiter of U.S. recessions. The NBER does not define a recession as two consecutive quarters of decline in real gross domestic product, as is the rule of thumb in many countries.

Instead, it looks for a decline in economic activity, spread across the economy and lasting more than a few months.

"The current crisis means change is afoot," said Tim Quinlan, a senior economist at Wells Fargo Securities in Charlotte, North Carolina. "A record-shattering increase in jobless claims suggests that transfer payments will likely be the only facet of income rising in the months ahead."

With income growth outpacing spending, savings increased to $1.38 trillion in February, the highest in a year, from $1.32 trillion in January.

Inflation remained moderate in February. Consumer prices as measured by the personal consumption expenditures (PCE) price index excluding the volatile food and energy components rose 0.2% for a third straight month in February. That lifted the annual increase in the so-called core PCE price index to 1.8% in February, the biggest gain since August, from 1.7% in January.

The core PCE index is the Fed's preferred inflation measure. It missed the central bank's 2% target in 2019.