WASHINGTON (Reuters) - U.S consumer confidence fell to a 1-1/2 year-low in January as a partial shutdown of the government and financial markets turmoil left households a bit nervous about the economy's prospects. 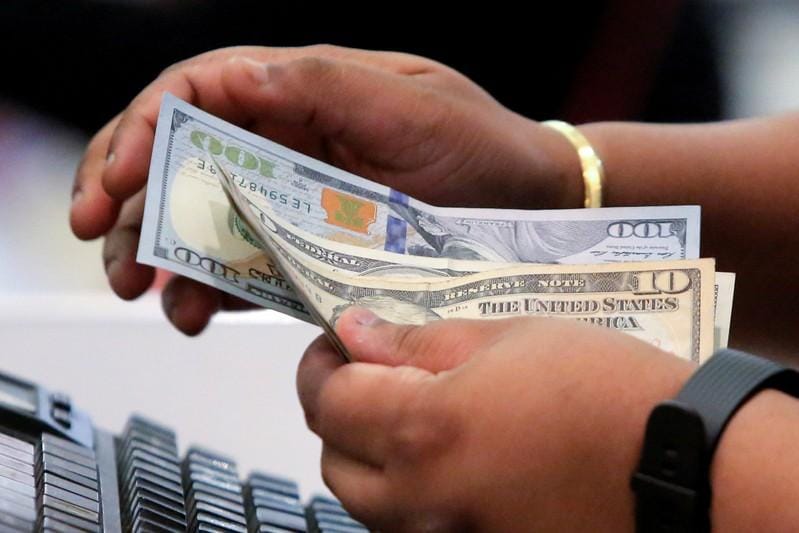 WASHINGTON (Reuters) - U.S consumer confidence fell to a 1-1/2 year-low in January as a partial shutdown of the government and financial markets turmoil left households a bit nervous about the economy's prospects.

The drop in confidence reported by the Conference Board on Tuesday mirrors another survey earlier this month showing sentiment tumbling to its lowest level since President Donald Trump was elected more than two years ago, strengthening analysts expectations that the economy was losing momentum.

"There's no way the Trump economics team forecast of 3 percent growth is going to be accurate this year if consumers' spirits don't brighten up a little," said Chris Rupkey, chief economist at MUFG in New York. The Conference Board's consumer confidence index dropped 6.4 points to 120.2 this month, the lowest reading since July 2017. It blamed the third straight monthly decline in confidence to "financial market volatility and the government shutdown."

The survey's expectations measure tumbled to levels last seen in October 2016. The cutoff date for the Conference Board's survey was Jan. 17, in the midst of the shutdown which shuttered about one-quarter of federal agencies as of Dec. 22, impacting 800,000 government employees.

The longest shutdown in U.S. history ended on Friday when Trump and Congress agreed to temporary government funding - without money for his U.S.-Mexico border wall. According to the nonpartisan Congressional Budget Office, the economy lost about $11 billion during the five-week shutdown.

With the government shutdown over for now and financial markets stabilizing, some economists expect a rebound in confidence in the months ahead.

Others are not convinced, pointing out that the Conference Board's confidence index has shed 17.7 points over the past three months, the most since 2011.

The survey's so-called labor market differential, derived from data about respondents who think jobs are hard to get and those who think jobs are plentiful, rose to 33.7 in January from to 33.3 in December but was below its peak of 34.2 in November. That measure closely correlates to the unemployment rate in the Labor Department's employment report.

Consumers' views of the labor market over the next six months were less upbeat.

"There appears more to this than just the shutdown," said Jennifer Lee, a senior economist at BMO Capital Markets in Toronto. "Things are looking a little chilly."

The advance fourth-quarter GDP report, which was scheduled for release on Wednesday, has been delayed as the government shutdown prevented the collection of source data, including December retail sales, housing starts durable goods and trade figures.

U.S. Treasury prices rose on the confidence data, while the dollar was little changed against a basket of currencies. Stocks on Wall Street were mostly lower amid concerns about the upcoming U.S.-China trade talks.

Other data on Tuesday showed the S&P CoreLogic Case-Shiller composite index of home prices in 20 metropolitan areas rose 4.7 percent in November on a year-on-year basis, the smallest gain since January 2015, after advancing 5.0 percent in October.

House price inflation is slowing as demand cools and housing inventory rises. The moderation in house prices, together with an easing in mortgage rates should help support demand and lift the housing market this year after struggling for much of 2018.

"With the weakness across much of the housing data in 2018, we have seen the pace of house price appreciation moderate across a range of different measures," said Daniel Silver, an economist at JPMorgan in New York.

"The house price data tend to lag many other housing indicators, and some of the more timely indicators have perked up a bit now that mortgage rates have declined over the past couple of months."