By Lucia Mutikani WASHINGTON (Reuters) - U.S. consumer confidence jumped to a 14-month high in April as increased vaccinations against COVID-19 and additional fiscal stimulus allowed for more services businesses to reopen, boosting demand and hiring by companies. The upbeat survey from the Conference Board on Tuesday, which also showed a strong increase in vacation plans, suggested the economy continued to power ahead early in the second quarter after what appears to have been robust growth in the first three months of the year, believed by many economists to have been the second strongest since 2003. 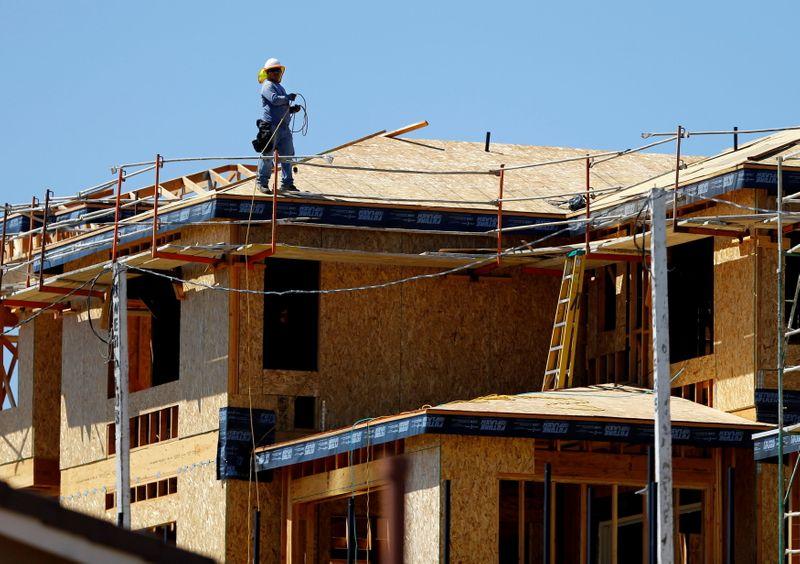 The upbeat survey from the Conference Board on Tuesday, which also showed a strong increase in vacation plans, suggested the economy continued to power ahead early in the second quarter after what appears to have been robust growth in the first three months of the year, believed by many economists to have been the second strongest since 2003. Growth this year is expected to be the best in nearly four decades.

"Consumers are seeing the light at the end of the COVID tunnel," said Ben Ayers, senior economist at Nationwide in Columbus, Ohio. "Led by strong spending as households return to eating out, traveling and visiting stores, the economy should surge ahead starting the second quarter and likely carrying into 2022."

The Conference Board's consumer confidence index raced to a reading of 121.7 this month. That was the highest level since February 2020, just before the onset of the COVID-19 pandemic, and followed a reading of 109.0 in March. It was the fourth straight monthly increase in the index.

Economists polled by Reuters had forecast the index would increase to a reading of 113.0 in April.

The United States has expanded vaccination eligibility to American adults, and more than half that population has had at least one dose of a COVID-19 vaccine, according to the U.S. Centers for Disease Control and Prevention. Over a third of U.S. adults are fully vaccinated.

Easing anxiety about the virus and the White House's $1.9 trillion pandemic rescue package have allowed for greater economic re-engagement. Retail sales surged to a record high in March and employers hired the most workers in seven months. Businesses are also investing in equipment to boost production.

U.S. stocks were trading lower. The dollar rose against a basket of currencies. U.S. Treasury prices were mostly lower.

The Conference Board survey's so-called labor market differential, derived from data on respondents' views on whether jobs are plentiful or hard to get, vaulted to a reading of 24.7 - the largest in 13 months and up from 8 in March.

That measure closely correlates to the unemployment rate in the Labor Department's closely watched employment report, and suggested another month of blockbuster job gains in April. The number of Americans filing new claims for unemployment benefits has dropped to a 13-month low.

Federal Reserve officials meeting on Tuesday and Wednesday are likely to acknowledge the improving economic climate, but the U.S. central bank is expected to maintain its ultra-easy monetary policy stance as employment remains 8.4 million jobs below its peak in February 2020.

The government's snapshot of first-quarter GDP on Thursday will likely show the economy grew at a 6.1% annualized rate during the first three months of the year, according to a Reuters survey of economists. That would be the second-fastest growth pace since the third quarter of 2003 and would follow a 4.3% rate of expansion in the final three months of 2020 and a 33.4% surge in the third quarter of last year.

The Conference Board survey showed the share of consumers expecting an increase in income over the next six months rose to 17.9% from 15.4% in March. The proportion anticipating a drop fell to 10.9% from 12.6% last month. It also showed more Americans planned to go on vacation over the next six months, with that share rising to 43.3% from 34.0% back in February when households were canvassed on the subject.

Many intended to fly to their destinations, mostly in the United States. This could provide a powerful boost to the services industry, which was disproportionately impacted by the pandemic. Consumers also planned to buy big-ticket items like cars and houses, though fewer intended to purchase major appliances relative to March.

Strong house-buying intentions suggest demand for homes could remain supported and continue to drive up prices as supply remains tight. The housing market is being powered by demand for more spacious accommodations for home offices and schooling. Demographics also point to a strong housing market, with people between the ages of 26 and 34 accounting for about 12.5% of the U.S. population.

"This suggests a noticeable tailwind for demand as the average first-time home buyer is in their early 30s," said Brady Seitz, an economist at Moody's Analytics in West Chester, Pennsylvania.

A separate report on Tuesday showed the S&P CoreLogic Case-Shiller house price index jumped 12% in February from a year ago, the fastest in 15 years, after rising 11.2% in January.

Accelerating house price inflation was corroborated by a third report showing the Federal Housing Finance Agency house price index shot up a record 12.2% on a year-on-year basis in February after increasing 12.1% in January.