U.S. companies are worried about inflation, equity investors less so 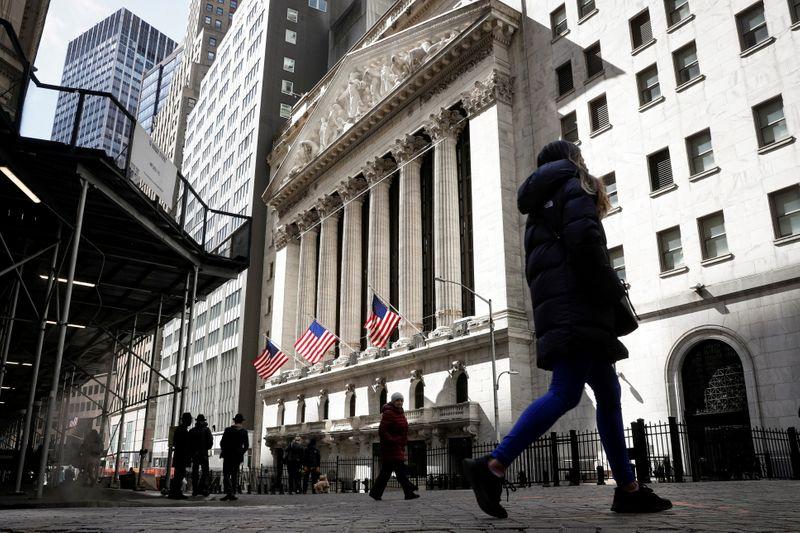 NEW YORK (Reuters) - A growing chorus of U.S. companies are raising concerns about the rising costs of everything from labor to components, yet stock investors appear unfazed by the prospects of higher inflation as the economy bounces back from the coronavirus

Amid the economic rebound, companies ranging from Boston Beer Company Inc to toymaker Mattel Inc to appliance maker Whirlpool Corp have told investors that they expect the impact of higher costs on their businesses to be significant in the months ahead.

Overall, the number of companies which have mentioned inflation on their recent earnings calls is up compared with the year before for the first time since 2018, according to Bank of America Merrill Lynch.

At that time, investors were concerned https://www.reuters.com/article/us-usa-fed-beigebook/tariff-effects-broaden-across-u-s-wage-growth-higher-fed-idUSKBN1O42HP about the impact of the Trump Administration's trade tariffs with China, though consumer prices ultimately rose less than they did in the year before, according to the U.S. Bureau of Labor Statistics.

"Short-term, I think it will be a struggle for many companies as they deal with the reopening," said Saira Malik, chief investment officer for Nuveen's global equity division. "As demand comes back faster than they expected its leading to logistical and supply chain issues. But it's more of a fear than reality when it comes to being a long term issue."

Equity investors do not appear overly nervous about the prospects of higher inflation ahead - with expectations it will be transitory rather than persistent and that companies will have the ability to pass price rises on.

Moderate inflation could benefit a broad range of equity sectors while only dampening valuations for high-growth stocks with low current earnings, according to AllianceBernstein. Bond investors, meanwhile, would likely be more negatively affected by any persistent pickup in inflation that eats away at returns.

Federal Reserve Chairman Jerome Powell has said https://www.reuters.com/article/us-usa-fed-expectations-analysis/analysis-fed-hopes-for-inflation-psych-out-stable-expectations-as-prices-rise-idUSKBN2BE16B that he expects that inflation will exceed the central bank's 2% target for several quarters before falling as the labor market and supply chains readjust to the economic recovery.

So far, the jump in inflation over the last six months does not appear to be hurting company margins. Companies in the S&P 500 are expected to report a total profit margin of 12.03% during the first quarter, the highest of any first quarter since at least 2006, according to data from S&P Dow Jones Indices.

"As long as the higher input costs are moderate and not excessive for a long period of time, it’s not a bad thing. Coming off where we were last year it shows a healthier economy and normalizing demand," said Frank Rybinski, chief macro strategist at Aegon Asset Management.

"You are starting to see considerable beats. You get that early-cycle operating leverage really kicking in."

Some investors are less sanguine about the impact of inflation on assets overall.

"This is part of the danger of policy that has been allowed to go significantly off course. It forces businesses to make rash decisions based upon the short-term imbalances created by poor policy" on the part of the Federal Reserve, said Mike O'Rourke, chief market strategist at Jones Trading.

Jeffrey Gundlach, chief executive and chief investment officer of Los Angeles-based DoubleLine Capital, told Bloomberg Tuesday that it is not clear inflation pressures will be as short-term as the Fed expects.

“I’m not sure why they think they know that it’s transitory,“ he said, according to Bloomberg. “How do they know that when there’s plenty of money printing that’s been going on and we’ve seen commodity prices going up really massively.”

Yet factors ranging from aging demographics to the continued productivity gains through technology should keep long-term inflation and wages in check even if the run above trends for the next several months, said Jim Paulsen, Chief Investment Strategist at the Leuthold Group.

"Current economic strategies are certainly unprecedented, but so is weakness in the U.S. labor force," he said.