U.S. airlines step up safety measures in preparation for recovery 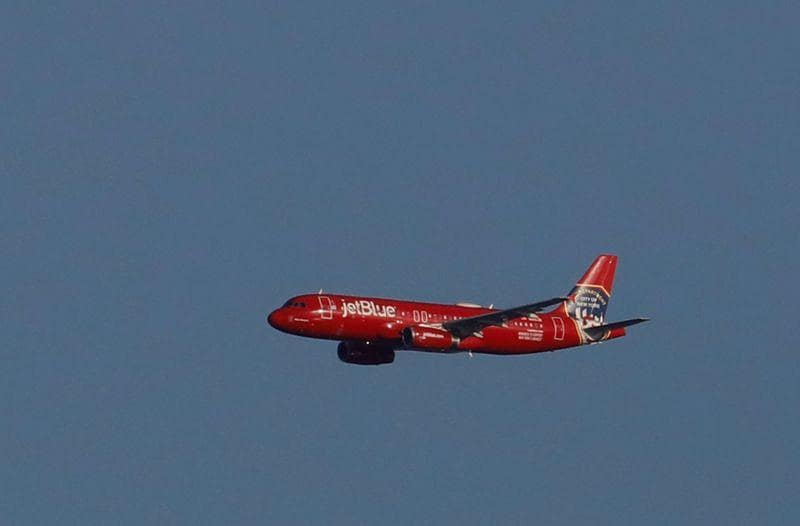 U.S. states are starting to reopen and airlines expect an increase in domestic travel over the extended holiday weekend for Memorial Day on Monday.

While data shows only a small fraction of recent flights were more than 70% full, there may soon be full or near-full planes, said Airlines for America, a trade group representing major U.S. airlines.

Major airlines have mandated face coverings for travelers and are taking a layered approach to safety.

JetBlue will continue blocking some seats on its aircraft through at least July 6 while checking crew members' temperatures and stepping up aircraft cleaning with electrostatic aircraft fogging.

United will roll out Clorox Co's

Delta shares rose 4.4% Wednesday while United was up 5.2%. Southwest Airlines

Airlines have urged a standard set of safety rules across the industry, which is bleeding cash after the coronavirus crisis decimated air travel demand.

The airlines have been scouring customer research, visits to their websites and macroeconomic data to get a better picture of a rebound, JetBlue President and Chief Operating Officer Joanna Geraghty told Reuters.

"We are starting to see some small green shoots," she said, citing declines in no-show rates and cancellations, and interest in fall and winter bookings.

United's Scott Kirby, who took over as CEO on Wednesday, told shareholders he expects more improvements in demand but no full recovery without a vaccine.

"We won't get back to 100% until some time after people feel completely safe and COVID-19 will thankfully be in the rearview mirror," he said.

United carried about 35,000 passengers daily last week, a jump from some days in mid-April when it flew fewer than 10,000, Kirby said.

European air and health regulators late on Wednesday issued new guidelines for safe air travel, but are not requiring temperature checks. The guidelines call for wearing masks and barring people not traveling or working from entering airport terminals except in rare cases.

The White House has been considering requiring temperature checks for passengers at major U.S. airports but has made no final decision, officials have said.