Two years after demonetisation, there are signs of a cleaner economy but where is the black money?

Two years after demonetisation, is the economy better off? This is a fairly legitimate question to pose as there were certain pre-stated objectives of this measure which were improvised along the way. A logical defence was that for the impact to be felt, there would be a period of time involved, and while two years may still be short given that we are speaking of changing the culture of our people, it is sufficient to take stock of the situation.

There were three main objectives stated on 8 November 2016 when the country was shaken up. The first was to capture black money. Here it does appear that there is no clear answer. There have been other measures like the Real Estate (Regulation and Development) Act, 2016 (RERA), Goods and Services Tax (GST), etc. which were implemented that sought to increase efficiency and formalise the economy. Put together, there are signs that it is more difficult to conceal income and wealth of large proportions even though at the micro level, bribe giving, speed money, commissions, etc. still rule.

Even today one has to pay cash to buy land given that the seller has paid cash for the same at the time of purchase. The same gets translated in higher formal prices or lower price with a bribe.

Similarly, getting permissions from various levels of government windows require speed money to be given, and while progress is being made as witnessed by an improvement in Doing Business rank, it would take some more time to become pervasive. 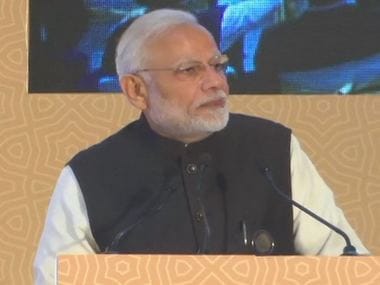 The critic also would not be wrong if it were argued that the cleansing of the system was more due to digitisation in various spheres as against demonetisation per se. In fact, the argument could be extended to say that the same could have been achieved without withdrawing high denomination currency.

There is data put forward that the number of tax assesses has increased. However, if data is provided on how many people have actually been caught with unaccounted money, it would be able to measure the success of the demonetisation part of the story. One may hope that this information will be shared in course of time.

The second reason put forward was that there was counterfeit money in the system. Here, based on the data released by the RBI it appears that there is little evidence to show that any significant part of the cash deposited was of this nature and was definitely not out of sync with the normal quantum that flows each year. Besides the problem with counterfeiting is that it is a malaise and the counterfeiters soon get into action with the new currency and spread the same in the weaker parts of the country where the public cannot distinguish between the real and fake currency.

The third reason was terror finance. Here again, linking the two may be a weak argument as terror activity is seldom continuous and is seasonal. Such incidents have been reported albeit sporadically especially in Jammu and Kashmir (J&K) and the so-called Maoist insurgency pockets of central India which cannot be linked with cash. Such anti-national activity could always move to the new currency as extortion and theft happens all the time in these regions. While it is true that demonetisation curbed such activity where citizens were paid Rs 500 or Rs 1,000 notes to attack the military, the same has been observed at times with the new currency becoming the mode of payment.

Again the more innovative reason espoused along the way was that demonetisation would lead to digitisation, has a mixed response. It is true that the volume of such transactions has increased multi-fold but it has also been observed that all the currency that was deposited has come back into the system meaning thereby that people still prefer cash for various reasons. This is based on the fact that around 99 percent of the old notes came back into the system and the present level of cash is the same as in 2016.

Overall non-RTGS (real time gross settlement) transactions were around Rs 15,000 crore a month prior to demonetisation which has increased to around Rs 60,000-70,000 crore a month in recent times. Again here, the critic can argue that digitisation could have been achieved without demonetisation. The right set of incentives in terms of concessions and discounts on e-mode could have achieved the same. Also, the fact that the e-retail boom has been almost simultaneous, the two have moved together in unison.

Therefore, in short, one would tilt towards saying that looked at in isolation demonetisation has not delivered results unless the counterfactual is revealed on how much of black money has been trapped by the Income Tax Department and fines imposed on the relevant people. But when juxtaposed with other measures taken by the government, yes, there are signs of a cleaner economy where transacting business is easier.

An interesting question that can be asked today is whether the central bank would have agreed to such a move now? This is provocative as some of the ex-governors had stated that they would not have agreed to such a move and would have advised the government not to go ahead. Given that the recent controversy regarding the independence of the central bank being discussed quite forcefully by critics, the response to such a demand may be different.

The Reserve Bank of India has of late refused to relent on the 12 February circular relating to IBC (Insolvency and Bankruptcy Code) resolution for power companies. It has not changed the stance on PCA banks and has not been in favour of letting the government dip into its reserves to finance the Budget. While legislative norms could still let the government view prevail as it is the supreme body in the country, it would be an interesting conjecture whether or not there would have been a dissenting note.