By Ezgi Erkoyun ISTANBUL (Reuters) - A Turkish jet executive on trial over Carlos Ghosn's dramatic escape from Japan told a court on Friday that the former Nissan boss spoke about Hollywood making a movie of his getaway as he flew in a private jet to Beirut. Ghosn, once a leading light of the global car industry, was arrested in Japan in late 2018 and charged with underreporting his salary and using company funds for personal purposes, charges he denies 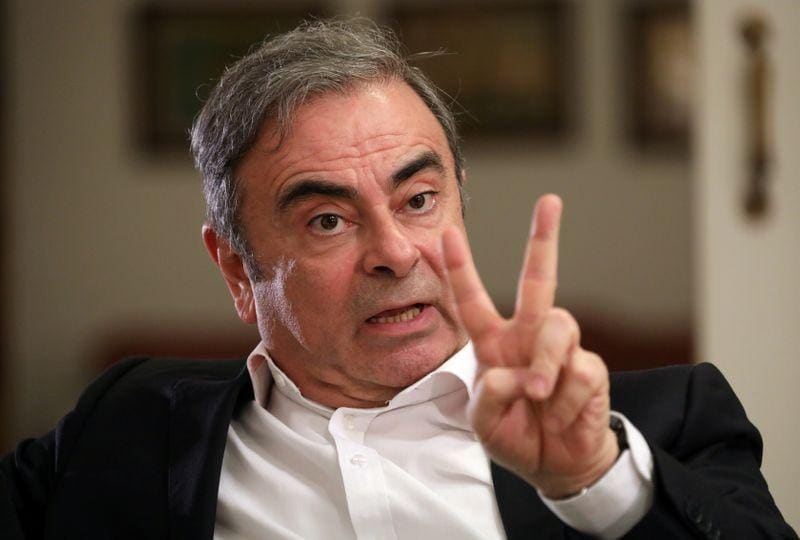 ISTANBUL (Reuters) - A Turkish jet executive on trial over Carlos Ghosn's dramatic escape from Japan told a court on Friday that the former Nissan boss spoke about Hollywood making a movie of his getaway as he flew in a private jet to Beirut.

Ghosn, once a leading light of the global car industry, was arrested in Japan in late 2018 and charged with underreporting his salary and using company funds for personal purposes, charges he denies.

The ousted chairman of the alliance of Renault, Nissan Motor Co and Mitsubishi Motors Corp had been awaiting his trial under house arrest in Japan when he escaped in December via Istanbul to Beirut, his childhood home.

An executive from Turkish private jet operator MNG Jet and four pilots were detained in early January soon after Ghosn's escape and charged with migrant smuggling, a charge carrying a maximum sentence of eight years in jail.

They appeared in white protective overalls, masks and gloves as a measure against the coronavirus, as the court in Istanbul began hearing their defence. Two flight attendants, charged with failing to report a crime - which could incur a sentence of up to one year - were also there.

All seven defendants pleaded not guilty to the charges.

In their indictment, prosecutors had said MNG Jet operations manager Okan Kosemen - who is one of the seven on trial - knew before the flight left Osaka that Ghosn would be on board and would transfer to Beirut.

Kosemen said in court on Friday he was only told via phone about Ghosn's presence on the plane during its flight to Istanbul and that he cooperated under duress, believing his family could be in danger.

Kosemen said a Lebanese broker who had arranged the flight had told him by phone, from Beirut, that the ex-Nissan boss was on board. He added that he had heard "screams of joy" in the background.

"I swore at him (the broker). I was very angry," he told the court.

Kosemen later met the arriving plane at an Istanbul airport, and accompanied Ghosn on the Beirut-bound flight, he told the court. "Carlos asked me how much the plane cost ... and told me about Hollywood producers who want to make this escape a movie," he said.

A lawyer for Ghosn did not immediately respond to a request to comment.

At the end of Friday's session, the court ordered the release pending further proceedings of Kosemen and the four pilots, who had been in custody until now.

"When you take into account the time they've served already we expected a release decision earlier. The court answered our calls for a release today. We think our client is innocent," Kosemen's lawyer Levent Yildiz told Reuters.

The prosecution said Kosemen used WhatsApp to communicate with pilots before, during and after the Osaka-Istanbul flight, using terms like "luggage" and "consignment" to refer to Ghosn. Kosemen told the court "consignment" referred to sake - rice wine - that he himself had ordered from Japan.

According to the indictment, Kosemen told prosecutors a price of $175,000 was agreed for the flight with the Lebanese broker and paid into MNG Jet's bank account.

In January, MNG Jet said he acted without the knowledge of the company and it had filed a criminal complaint for the illegal use of its aircraft. MNG declined to comment.

The pilots have said they are only required to check headcount, not the identities of passengers, according to the indictment.

Japan has formally asked the United States to extradite two Americans - a former Green Beret and his son - who also stand accused of helping Ghosn flee Japan. They were arrested in Massachusetts in May.

The Ghosn saga has shaken the global auto industry, at one point jeopardising the Renault-Nissan alliance which he masterminded, and increased scrutiny of Japan's judicial system.

Renault and Nissan have struggled to recover profitability following his tenure, during which both automakers say Ghosn focused too much on expanding sales and market share.

By Supantha Mukherjee (Reuters) - Microsoft Corp's professional networking site LinkedIn said on Tuesday it would cut about 960 jobs, or 6% of its global workforce, as the coronavirus pandemic is having a sustained impact on demand for its recruitment products. California-based LinkedIn helps employers assess a candidate's suitability for a role and employees use the platform to find new job. Jobs will be cut across sales and hiring divisions of the group globally.

By Nivedita Balu (Reuters) - Coca-Cola Co said on Tuesday demand for its beverages was improving after reporting a 28% slump in sales in the "most challenging" quarter of the year due to coronavirus-led closures of restaurants, theaters and sports venues.

Huawei will not be prevented from investing in France: Le Maire

PARIS (Reuters) - French Finance Minister Bruno Le Maire said on Tuesday that France would not ban China's Huawei from investing in the country, in contrast to Britain which has decided to purge the firm's equipment from its 5G network by 2027. Le Maire told France Info radio there was "no blanket ban" on Huawei in France, but that sensitive locations would be protected. "We won't ban Huawei from investing in 5G, we will protect our national security interests," Le Maire said, adding that he had reaffirmed France's position to Chinese authorities on Monday