By Orhan Coskun ANKARA (Reuters) - Turkey accused Washington on Wednesday of waging 'economic war' and failing to respect its legal system over the fate of an evangelical Christian pastor whose 21-month-long detention on terrorism charges has roiled relations between the NATO allies. Turkish President Tayyip Erdogan's spokesman said comments by President Donald Trump's national security adviser were proof that the United States is targeting Turkey's economy and not reflecting the fundamental principles and values of the NATO alliance. 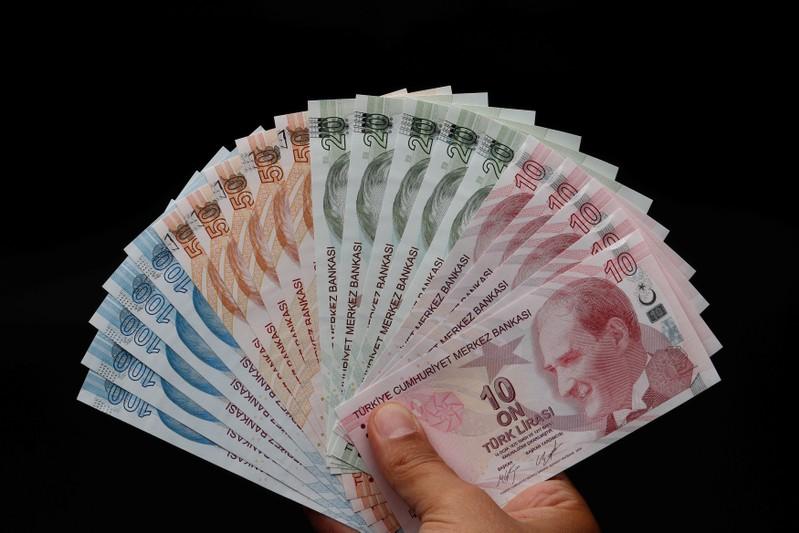 ANKARA (Reuters) - Turkey accused Washington on Wednesday of waging "economic war" and failing to respect its legal system over the fate of an evangelical Christian pastor whose 21-month-long detention on terrorism charges has roiled relations between the NATO allies.

Turkish President Tayyip Erdogan's spokesman said comments by President Donald Trump's national security adviser were proof that the United States is targeting Turkey's economy and not reflecting the fundamental principles and values of the NATO alliance.

"His statement is proof that the Trump administration is targeting a NATO ally as part of an economic war," Erdogan spokesman Ibrahim Kalin said in a written statement to Reuters responding to comments by Trump adviser John Bolton.

"The Trump administration has ... established that it intends to use trade, tariffs and sanctions to start a global trade war," Kalin said, pointing to similar disputes with Mexico, Canada, Europe and China.

"Turkey has no intention of starting an economic war with any party. It cannot, however, be expected to keep silent in the face of attacks against its economy and judiciary," he said.

Kalin said Turkey would work with the rest of the world against restrictive and punitive measures.

Bolton told Reuters during a visit to Israel he was sceptical about the pledge of $15 billion of investment support for Turkey by Qatar's emir, which was "utterly insufficient to have an impact on Turkey's economy."

The lira held steady against the dollar on Wednesday after Bolton's comments, including his observation that Turkey had made a "big mistake" in not freeing U.S. pastor Andrew Brunson.

However, the lira has lost 37 percent of its value this year amid concerns over Erdogan's influence on monetary policy and exacerbated by the dispute with Washington.

Kalin called on Washington to respect Turkey's judicial independence, one of Ankara's most pointed responses yet to criticism over Brunson's detention.

"There is rule of law in Turkey and the Andrew Brunson case is a legal issue. There is an ongoing legal process related to this individual," Kalin said.

"It goes without saying that we find unacceptable the disregard of the legal process by the United States, which has been making certain demands."

Brunson, who has lived in Turkey for two decades, is now under house arrest over the terrorism charges, which he denies.

Trump, who counts evangelical Christians among his core supporters, has become a vocal champion of the pastor's case, making him an unwitting flashpoint in the tension between two NATO allies.

Per Hammarlund, chief emerging markets strategist at SEB banking group, said he thought Brunson would eventually go free, but that the matter likely would continue to add to the lira's woes.

"Ultimately, they will release Brunson but it will take a while and as long as there is a risk to U.S. dollar flows to Turkish banks or to Turkey in general, then the lira will be under pressure," Hammarlund said.

"I wouldn't be surprised if we see another bout of volatility in the lira and a sharp weakening again."

Turkish sovereign dollar bonds rose across the curve, with some issues gaining around 1.5 cents. The March 2036 Eurobond

Brunson's lawyer said he planned to appeal to the constitutional court for the pastor's release, after being rejected by a lower court last week.

A court in Turkey's Izmir province rejected the appeal for release, saying evidence was still being collected and the pastor posed a flight risk.

In an interview with Reuters on Monday, Trump said he would give Turkey no concessions in return for the release of Brunson. Ankara has not responded to Trump's comments. [L8N1VC0G5]