Trump to meet with vaping industry as he mulls tighter regulation 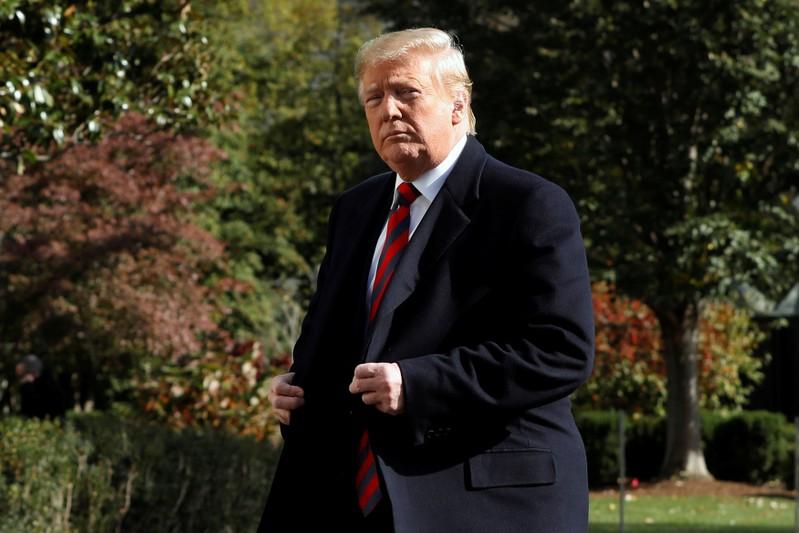 WASHINGTON (Reuters) - U.S. President Donald Trump said on Monday he will be meeting with vaping industry representatives as his administration considers tightening e-cigarette regulations amid a nationwide outbreak of vaping-related injuries and deaths.

Trump did not give a time for the meeting or offer any other details. He said on Friday that his administration would come out with "an important position" on vaping this week.

On Thursday, the CDC reported there have been 2,051 confirmed and probable U.S. lung injury cases and 39 deaths associated with use of e-cigarettes, or vaping products. Nearly 85 percent of lung injury patients in the nationwide outbreak have reported using products containing THC, the component of marijuana that gets people high.

U.S. public health officials have recommended that people avoid using e-cigarettes that contain THC or any products that come from illicit sources.

The Trump administration in September said the Food and Drug Administration was working on a "guidance document" that would lead to a ban of all e-cigarette flavours, aside from tobacco flavouring.

Health and Human Services Secretary Alex Azar told reporters that once the guidance was finalised, enforcement actions would begin to remove the products from store shelves.

In his remarks on Friday, Trump indicated that a flavour ban was still under consideration, but that other actions were as well, including raising the age limit for e-cigarette purchases.

Asked if Juul Labs Inc, which dominates the U.S. e-cigarette market, would participate in the discussions, a Juul spokesperson said the company was not lobbying on the issue.

"We are continuing to refrain from lobbying the administration on its draft flavour guidance while we take significant actions to combat underage use and convert adult smokers," the spokesperson said.