Trump supports deal to allow TikTok to continue to operate in U.S

By Alexandra Alper and David Shepardson WASHINGTON (Reuters) - U.S. President Donald Trump said he supports a deal that will allow TikTok to continue to operate in the United States, after threatening to ban the Chinese-owned app in August. He told reporters at the White House he backs the deal with Oracle and Walmart that would see the creation of a new company that will assume TikTok's U.S. 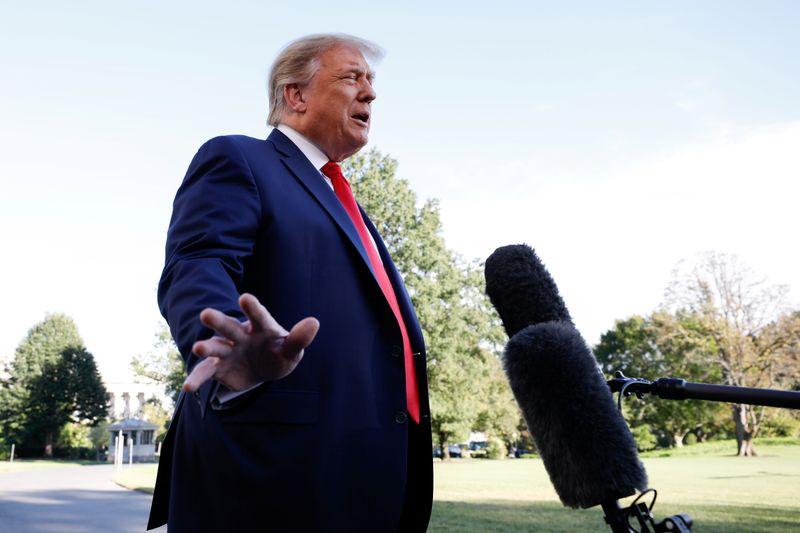 WASHINGTON (Reuters) - U.S. President Donald Trump said he supports a deal that will allow TikTok to continue to operate in the United States, after threatening to ban the Chinese-owned app in August.

Trump offered strong support for the deal he said would create 25,000 U.S. jobs. "I have given the deal my blessing," Trump said. "I approve the deal in concept."

"The security will be 100%," Trump told reporters.

Reuters reported on Thursday the new company, dubbed TikTok Global, will have a majority of American directors, a U.S. chief executive and a security expert on the board.

Oracle and Walmart are expected to take significant equity stakes and ByteDance - TikTok's parent - has agreed to significant security safeguards on the data of U.S. users with Oracle housing all data and getting the right to inspect the TikTok source code.

Trump expressed annoyance this week that government lawyers told him it was not permissible to demand a "chunk" of any TikTok sales price for the Treasury.

He said there would be a $5 billion U.S. education fund as part of the deal. "That's their contribution I've been asking for," Trump said.

He said the new company will most likely be incorporated in Texas and have at least 25,000 employees.

China still must approve the deal. "We'll see whether or not it all happens," Trump said.

Texas Governor Greg Abbott said earlier on Twitter he had talked to Trump about the deal. "I let him know that if he approves the deal Texas would be the perfect place for the HQ," Abbott said.