WASHINGTON (Reuters) - U.S. President Donald Trump, faced with a budget deficit that hit a six-year high, on Wednesday called on his Cabinet secretaries to cut their budgets by 5 percent. 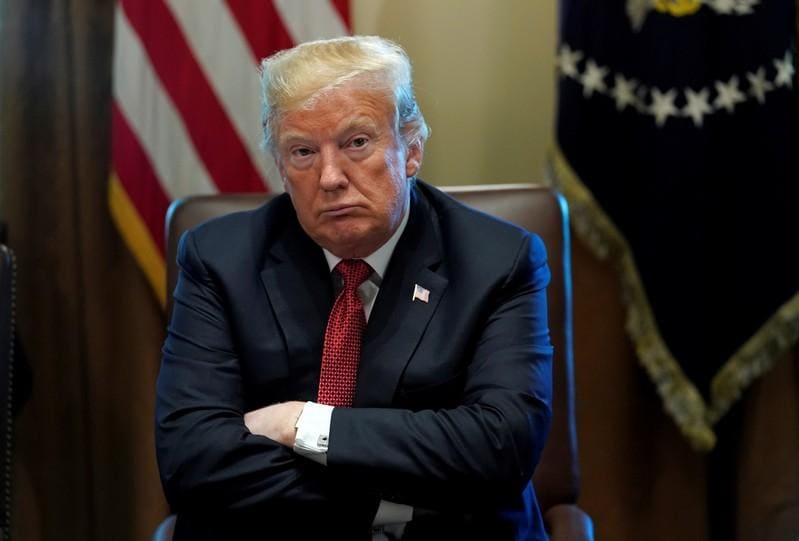 WASHINGTON (Reuters) - U.S. President Donald Trump, faced with a budget deficit that hit a six-year high, on Wednesday called on his Cabinet secretaries to cut their budgets by 5 percent.

"I'd like you all to come back with a 5 percent cut, and I think if you do more than that, we will be very happy. There are some people sitting at the table ... that can really do substantially more than that," Trump told his Cabinet secretaries at a meeting attended by reporters.

Earlier on Wednesday, he told reporters the budget cuts were for next year.

Trump said he would consider exemptions, although he did not specify what those would be. He suggested he would ask Cabinet secretaries for further cuts next year.

As a candidate in the 2016 presidential election, Trump pledged to slash government spending and regulation, and many fellow Republicans going into Nov. 6 congressional elections have picked up the theme in their own campaign promises.

But the U.S. government ended the 2018 fiscal year with a $779 billion deficit, according to data released on Monday by the Treasury Department, as Republican-led tax cuts squeezed revenues.

Economists generally expected the corporate and individual tax cuts, which were signed into law late last year, to balloon the government's deficit.

The deficit also widened because of more spending on interest payments on the national debt. Borrowing has increased, partly to make up for the relatively slow growth in tax revenues.

Spending on the military also spiked over the past year. Trump said on Wednesday he would propose a military budget of about $700 billion.

However, several Republicans, including Trump, have blamed the yawning deficit on other government spending and social programs.