WASHINGTON (Reuters) - President Donald Trump's national security adviser, John Bolton, denounced Venezuela's attorney general on Tuesday for what he said were threats against opposition leader Juan Guaido, who has been recognised by Washington as the country's interim president. 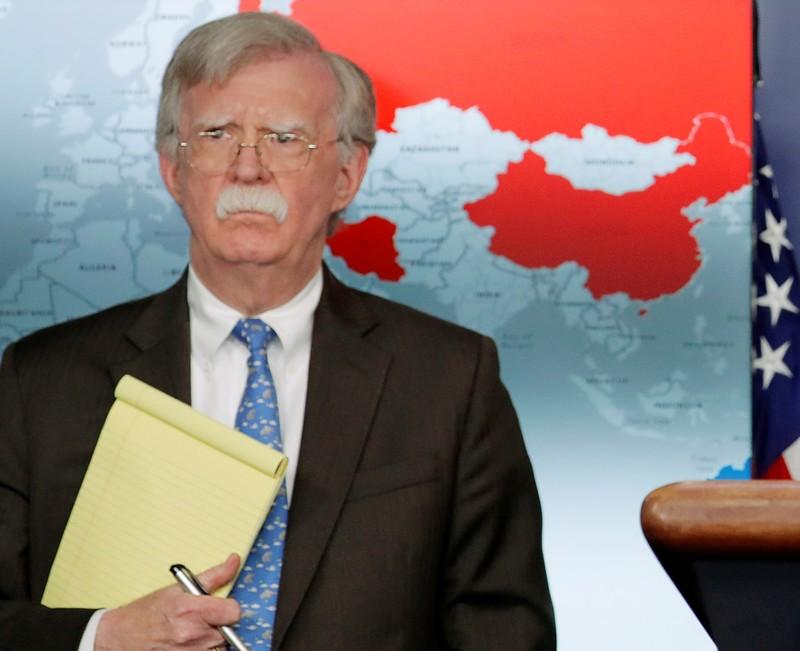 WASHINGTON (Reuters) - President Donald Trump's national security adviser, John Bolton, denounced Venezuela's attorney general on Tuesday for what he said were threats against opposition leader Juan Guaido, who has been recognised by Washington as the country's interim president.

Labeling Venezuelan Attorney General Tarek Saab an "illegitimate former" Venezuelan official, Bolton said in a message on Twitter "there will be serious consequences for those who attempt to subvert democracy and harm Guaido."

Earlier on Tuesday, Saab called on the Venezuelan top court to open an investigation into the self-declared president, accusing him of helping foreign countries to interfere in internal matters.