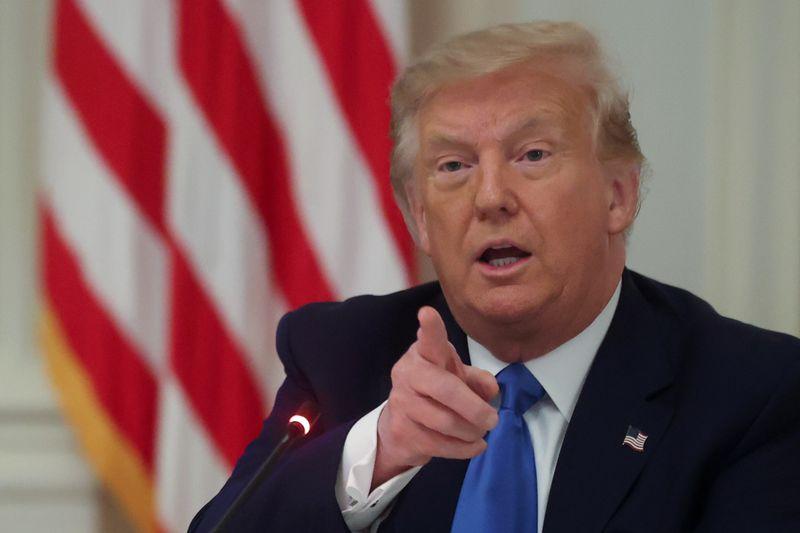 WASHINGTON (Reuters) - U.S. President Donald Trump said on Tuesday he is not interested in talking to China about a Phase 2 trade deal.

"I'm not interested right now in talking to China," Trump replied when asked in an interview with CBS News whether Phase 2 trade talks were dead.

"So right now, I'm not interested in talking to China about another deal," Trump said.