By David Shepardson and Lisa Lambert WASHINGTON (Reuters) - President Donald Trump on Thursday said General Motors Co's decision to shift much of its focus to electric vehicles will not succeed, and he asserted a new trade deal will make it harder for the company to move work to other countries. GM last year said it planned to launch 20 new electric vehicles by 2023 as it faces rising regulatory requirements for zero-emission vehicles in China and elsewhere. 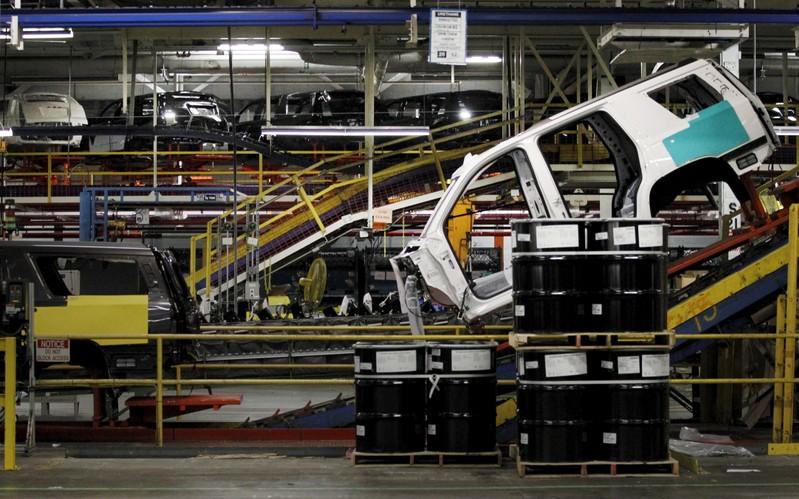 GM last year said it planned to launch 20 new electric vehicles by 2023 as it faces rising regulatory requirements for zero-emission vehicles in China and elsewhere.

The largest U.S. automaker has come under enormous criticism in Washington after it announced on Nov. 26 plans to close four plants in the United States and cut up to 15,000 jobs in North America.

"They've changed the whole model of General Motors. They've gone to all-electric. All-electric is not going to work ... It's wonderful to have it as a percentage of your cars, but going into this model that she's doing I think is a mistake," Trump said.

Barra was on Capitol Hill for two days of meetings last week to discuss the company's decision with angry lawmakers from states where plants are closing. "To tell me a couple weeks before Christmas that's she going to close in Ohio and Michigan - not acceptable to me," Trump said.

Trump has repeatedly said GM should reverse a decision to close an assembly plant in northeast Ohio, an area potentially crucial in the 2020 presidential election. "Ohio is going to replace those jobs in like two minutes," Trump said. "She's either going to open fast or somebody else is going to go in."

Asked to respond, GM said it timed its job cut announcement so employees could accept open jobs at other plants.

"We continue to produce great vehicles today for our customers while taking steps toward our vision of a world with zero crashes, zero emissions and zero congestion," GM said.

Trump suggested that a new free trade deal with Mexico and Canada makes it "very uncomfortable" for GM to build cars outside the United States.

Trump signed a new trade deal with Mexico and Canada on Nov. 30 to replace the North American Free Trade Agreement, but that deal has not been approved by the U.S. Congress.

The deal boosts the North American content requirements for vehicles to be traded tariff free and requires a significant percentage of vehicles to be made by workers earning at least $16 an hour.

Some Democrats argue the trade deal may need changes to deter GM and other automakers from continuing significant production in Mexico. GM is not backing off its plans to build the new Chevrolet Blazer SUV in Mexico.