Trump says China trade deal could come before U.S. election, or not

ABOARD AIR FORCE ONE (Reuters) - U.S. President Donald Trump said on Tuesday his administration could seal a deal on trade with China before the U.S. presidential election, or an agreement could be reached the day after U.S 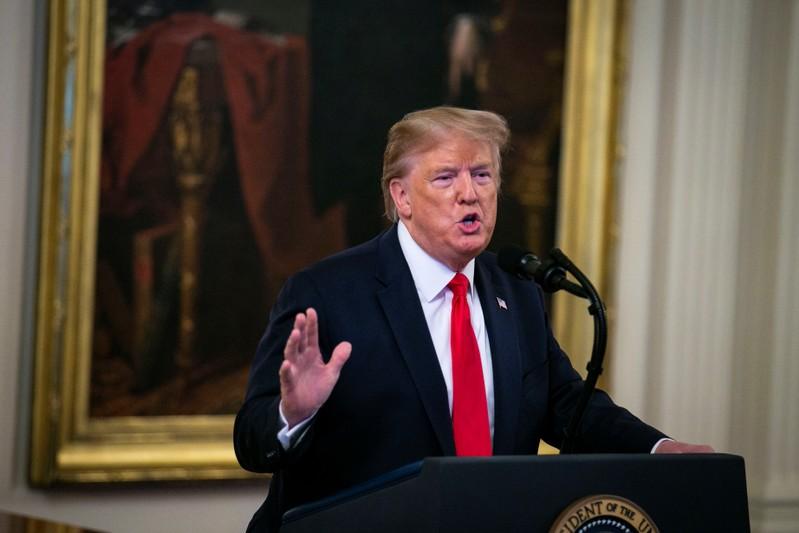 ABOARD AIR FORCE ONE (Reuters) - U.S. President Donald Trump said on Tuesday his administration could seal a deal on trade with China before the U.S. presidential election, or an agreement could be reached the day after U.S. voters go to the polls.

Speaking to reporters aboard Air Force One as he travelled from New Mexico to California, Trump claimed that Beijing thinks he is going to win re-election, but that Chinese officials would prefer to be dealing with someone else.

He said he has told China that if the deal comes after the election, it would be on terms "far worse" for Beijing than it could achieve right now.