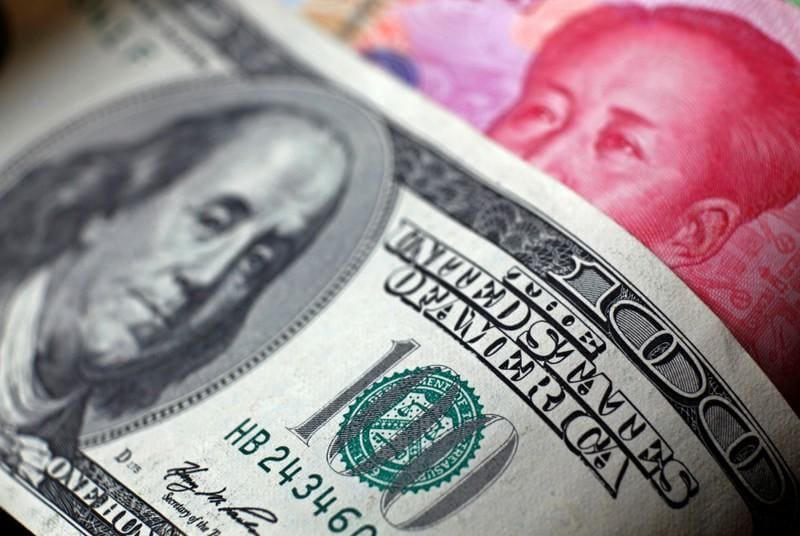 MORRISTOWN, N.J. (Reuters) - U.S. President Donald Trump said on Thursday that U.S. and Chinese negotiators were holding "productive" trade talks and expected them to meet in September despite U.S. tariffs on over $125 billion worth of Chinese imports taking effect Sept 1.

"September, the meeting is still on as I understand it, but I think more importantly than September, we're talking by phone, and we're having very productive talks," Trump told reporters in New Jersey.

He said U.S. and Chinese officials had "a very good conversation" earlier this week, before his administration delayed until Dec. 15 tariffs on over $150 billion in Chinese imports, including toys, cell phones, and laptop and tablet computers.

Nonetheless, China on Thursday vowed to counter the latest U.S. tariffs on $300 billion of Chinese goods but called on the United States to meet it halfway on a potential trade deal.

Trump said he did not think Beijing would retaliate for the U.S. tariffs and that he believes China wants to make a trade deal.

"I think we're having very good discussions with China. They very much want to make a deal," Trump told reporters. He said he had a call scheduled soon with Chinese President Xi Jinping, but he did not say when.

"I think the longer it goes the stronger we get," Trump said of the trade war. "I have a feeling it's going to go fairly short," he said.

The Chinese finance ministry said in a statement that Washington's tariffs violated a consensus reached between Trump and Chinese President Xi Jinping at a June summit in Japan to resolve their disputes via negotiation.

In a separate statement, China's foreign ministry spokeswoman, Hua Chunying, said, "We hope the U.S. will meet China halfway, and implement the consensus of the two heads of the two countries in Osaka."

China hopes to find mutually acceptable solutions through dialogue and consultation on the basis of equality and mutual respect, she added.

Trump, who is seeking re-election in 2020 and had made the economy and his tough stance on China a key part of his 2016 campaign for the White House, on Thursday said any agreement must meet U.S. demands.

The trade picture is further complicated by continuing unrest in Hong Kong. Trump on Wednesday tied the situation to any possible agreement, saying Xi must first resolve the issues in the territory with protesters.

On Thursday, he used Twitter to call on the Chinese president to personally meet with protesters to spur "a happy and enlightened ending to the Hong Kong problem."

Trump and Xi in June had agreed to restart trade talks after negotiations stalled earlier this year. But earlier this month, the Trump administration said it would slap duties beginning Sept. 1 on $300 billion of Chinese goods, which would effectively cover all of China's exports to the United States. He said the partial delay to Dec. 15 for about half the list was aimed at sparing retailers and consumers pain during the Christmas selling season.

The tariff plan has roiled global markets and further unnerved investors as the trade dispute between the world's two largest economies stretches into its second year with no end in sight.