DAYTON, Ohio (Reuters) - U.S. President Donald Trump on Monday said he was rebuffed when he asked officials to adjust the exchange rate of the dollar to counteract what he described as repeated currency manipulation by China of its yuan. Trump told thousands of supporters at a political rally in Dayton, Ohio, that his policies were saving jobs in the political battleground state after years of inaction to confront China's aggressive behavior in global markets. 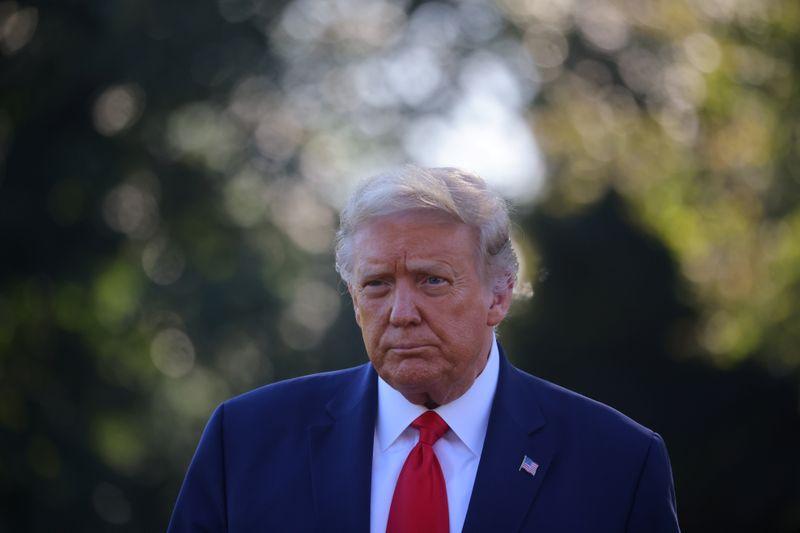 DAYTON, Ohio (Reuters) - U.S. President Donald Trump on Monday said he was rebuffed when he asked officials to adjust the exchange rate of the dollar to counteract what he described as repeated currency manipulation by China of its yuan.

Trump told thousands of supporters at a political rally in Dayton, Ohio, that his policies were saving jobs in the political battleground state after years of inaction to confront China's aggressive behavior in global markets.

"I go to my guys, 'What about doing a little movement on the dollar?'" he said, but they countered that was not possible. "'Sir, we can't do that. It has to float naturally.'"

The Republican president, who is seeking reelection to a second term in the Nov. 3 national poll, repeated his claim - which China denies - that Beijing deliberately changes the value of its currency to gain competitive advantage in global markets.

China's central bank has denied intervening to weaken the yuan and lower the cost of its exports to the United States. The yuan has firmed for eight weeks straight against a softening dollar.[FRX/]

Trump gave no details on his conversation about tweaking the dollar's value, and no comment was immediately available from the U.S. Treasury Department, which is expected to release its long-delayed semi-annual currency report in coming weeks.

The United States, like most global economies, allows the price of its currency to float, meaning it is set by the foreign exchange market based on supply and demand relative to other currencies.

Trump in May reversed course and backed a "strong dollar" after years of railing against the dollar's relative strength as a factor harming U.S. competitiveness.

The Treasury Department in January dropped its designation of China as a "currency manipulator", days before U.S. and Chinese officials signed the Phase 1 trade deal, saying Beijing had agreed to refrain from competitive devaluation.

Washington's unexpected decision in August 2019 to label China a "currency manipulator" came at the height of trade tensions between the world's two large economies, but was widely criticized as not based in fact.

Before that, Treasury had not labeled China a currency manipulator since 1994.